These days, it feels like many stores are fortresses.

Most products on the drugstore shelf are behind the lock and key, even everyday items such as deodorant, toothpaste, candies, dish detergent, soap, and aluminum foil . Manufacturers who supply enclosures and locking devices to chain stores have seen their business boom.

Walgreens and Rite Aid said the problem of retail organized crime – criminal rings that steal products from stores and often resell them in online marketplaces – is causing them to lock up more products and close some stores.

Locking their shelves is a last resort for stores, but it has never been so widely practiced. It’s also become a growing irritation for shoppers and a source of frustration for some employees who have to walk around the store with the keys close at hand.

The reason stores resort to locking up these products is simple: to prevent shoplifting. But these decisions are much more nuanced and burdensome for stores than you might think. Businesses have to walk a fine line between protecting their inventory and creating stores that customers don’t dread visiting.

Until the beginning of the 20th century, the confinement of products was the norm. When customers visited a store, clerks provided them with the items they wanted from behind a counter.

This changed when early self-service stores like Piggly Wiggly in the early 20th century discovered that they could sell more merchandise and lower costs by spreading merchandise across an open sales area.

Although having fewer workers in the store has boosted chain profits in recent decades, it has left stores in some cases without as many visible staff to deter shoplifting, experts say. in crime prevention.

Shoplifting has been around for centuries, but it “came of age in America in 1965,” writes author Rachel Shteir in “The Steal: A Cultural History of Shoplifting.” The FBI in 1965 reported that it had jumped 93% in the previous five years and “was the fastest growing form of theft in the nation”.

Three years later, officials across the country said there had been a further increase in shoplifting among young teens. The trend became part of the counterculture, as illustrated by Abbie Hoffman in 1971’s “Steal This Book.”

In response, an anti-shoplifting industry and “loss prevention” (LP) and “asset protection” (AP) teams have sprung up. Technologies have also emerged such as CCTV cameras, electronic article surveillance and anti-theft tags.

Stores are looking to protect “the vital few products” that are most profitable for them to sell, said Adrian Beck, who studies retail losses at the University of Leicester. And they are willing to accept a higher theft on the low-margin “insignificant number”, he added.

Shoplifters target smaller items with higher price tags, often referred to as “highlights,” which are usually what retailers lock up most often. A criminologist has created an apt acronym, CRAVED, to predict which items are most at risk: “concealable, removable, available, valuable, enjoyable, and disposable.”

Pharmacies have a higher proportion of items that are “flagships,” so they have more products under lock and key than other retail formats, Beck said.

There is not much you can do to stop shoplifting. Companies prohibit retail staff from physically trying to arrest a shoplifter for their own security and must find other ways to protect the goods.

These include measures such as security tags on items that trigger alarms when someone walks out without paying. But this is of less value than before, as alarms are now part of the general cacophony of shop noise and are often ignored.

Stores also use strategies such as shelves that allow a customer to pick up only one item at a time. This helps prevent shoppers from emptying an entire shelf of products.

Locking a product is the last step a retailer will take before removing it completely, and stores say they are resorting to this measure more frequently as theft continues to rise.

There is no national database on shoplifting, which is often underreported, and stores and prosecutors rarely press charges.

Retailers say organized crime has only made their theft problems worse. Criminal gangs often seek to steal products from stores that can easily and quickly be resold on online marketplaces such as Amazon and through other illicit marketplaces.

“Today more products are on lockdown because the problem has gotten so bad,” said Lisa LaBruno, senior executive vice president of retail operations at the Retail Industry Leaders Association. “Criminal actors can steal large volumes of products and sell them anonymously.”

Retailers supported a bipartisan bill it would require online marketplaces to verify state-issued IDs for millions of high-volume third-party sellers. President Joe Biden supports such a measure and this week too called Congress impose liability on online marketplaces that sell stolen goods on their platforms.

Amazon said it does not allow third-party sellers to list stolen goods and is working closely with law enforcement, retailers and other partners to arrest bad actors.

“We routinely ask for invoices, purchase orders or other proof of supply when we have concerns about how a seller was able to obtain particular products,” a spokesperson said.

Unfortunately, many of these time-consuming anti-theft measures end up irritating customers and reducing sales. CEO of an anti-theft company says Forbes this locked up stuff can lead to a 15% to 25% reduction in sales.

Today’s buyers are more impatient. Some will go out and buy the product from Amazon instead of hanging out for a worker.

“You’re trying to be as smooth for the customer while avoiding loss,” said Mark Stinde, former vice president of asset protection for Kroger and other major retailers. “You get a lot of pushback from the operations and merchandising teams for locking things down.”

Stores are working on new ways to lock products while reducing customer frustration, such as a new type of box that any employee can open with a smartphone. Other cases require shoppers to enter their phone number to open or scan a QR code.

“Consumers understand why you have to enclose a fur coat or jewelry. But they say ‘why do we lock up deodorants?’ said Jack Trlica, co-founder of trade publication LP Magazine.

Trlica expects companies to develop new technologies that protect products but do not require reporting an employee to unlock a shelf.

“There is going to be an evolution of security products,” he said.

Biden no longer shy about singling out 'former guy' Trump 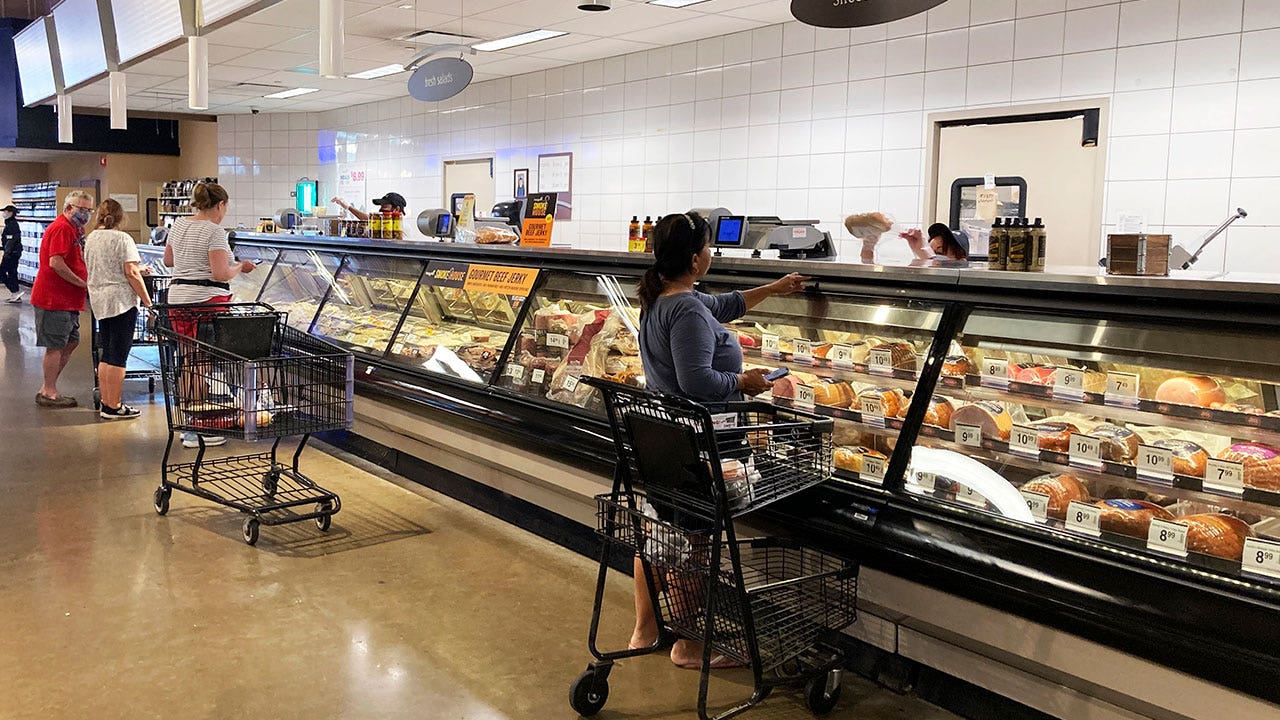