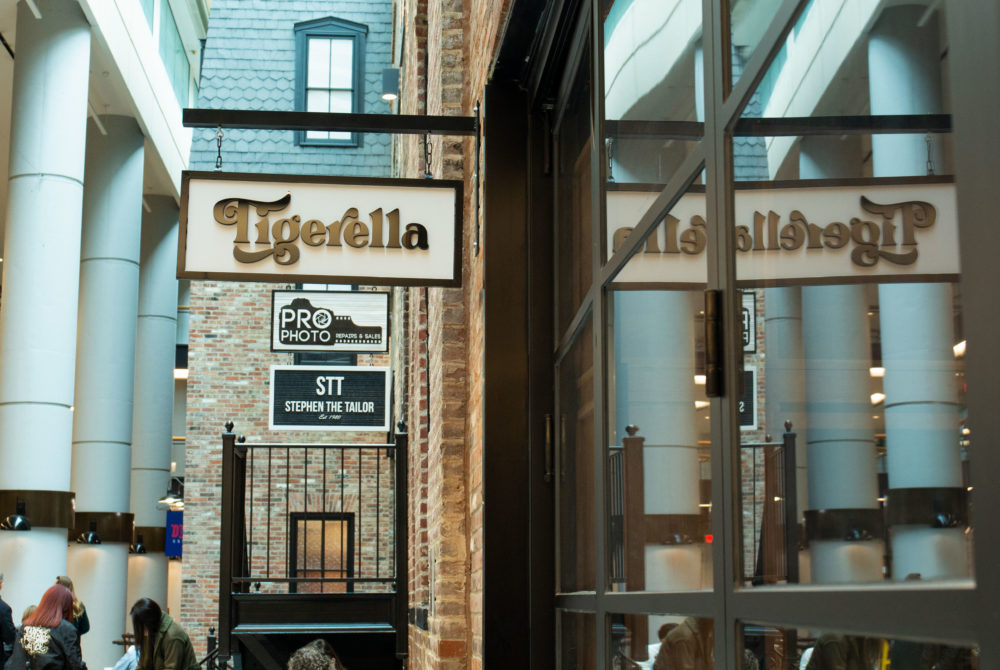 Tigerella, the Italian-style restaurant in the Western Market food hall, is transforming its operations as the business closes its cafe section but expands the restaurant’s menu five months after its opening.

Tigerella General Manager Adam Tiehen said a lack of patrons and competition from nearby cafes forced officials to close the cafe side of the two-sided Tigerella property, but heavier traffic in the Italian restaurant side is a “bright point.” He said the restaurant plans to start offering to-go pizza slices during lunch and offer whole pies via UberEats in the second week of February.

Tiehen said Tigerella’s cafe, which opened alongside the restaurant last July, struggled to stay afloat when students left campus for breaks, with a lack of in-person office workers contributing to the decrease in foot traffic.

He said the cafe lacked the volume of customers necessary to be profitable because customers’ average check is four or five dollars, compared to the restaurant, which seats between 40 and 50 diners and averages a $50 check.

“Our clientele was being spread out too thinly,” Tiehen said in an interview. “For us to have a standalone bakery and cafe, we just did not have enough business in order to make that work.”

Tiehen said a lack of popular pizza spots in the neighborhood and the need for convenient grab-and-go options during lunch for students inspired the addition of slices to the Tigerella menu. Tiehen said the lunchtime slices will cost less than $10 and the menu may offer GW student specials for drink and meal combos.

He said Tigerella has also focused on hosting large groups and “privatized” their atrium bar area for private events.

“We hope that people realize the importance of supporting small businesses in the area,” Tiehen said. “We are one of them.”

This article appeared in the January 21, 2022 issue of the Hatchet.