Savvy, budget-minded travelers know that one of the cheapest ways to travel to New York’s John F. Kennedy International Airport (JFK) is via the Long Island Rail Road from Penn Station. However, for those who live or work on Manhattan’s East Side, commuting to Penn Station and then to JFK can be a hassle.

Luckily, that trek will soon disappear for some: The Metropolitan Transit Authority plans to launch LIRR service from the new Grand Central Madison station, located below Grand Central Terminal, to Jamaica, Queens, on Jan. 25. The Jamaica stop is approximately 15 minutes away from JFK via the AirTrain.

This new service will be in addition to the existing trains from Penn Station. 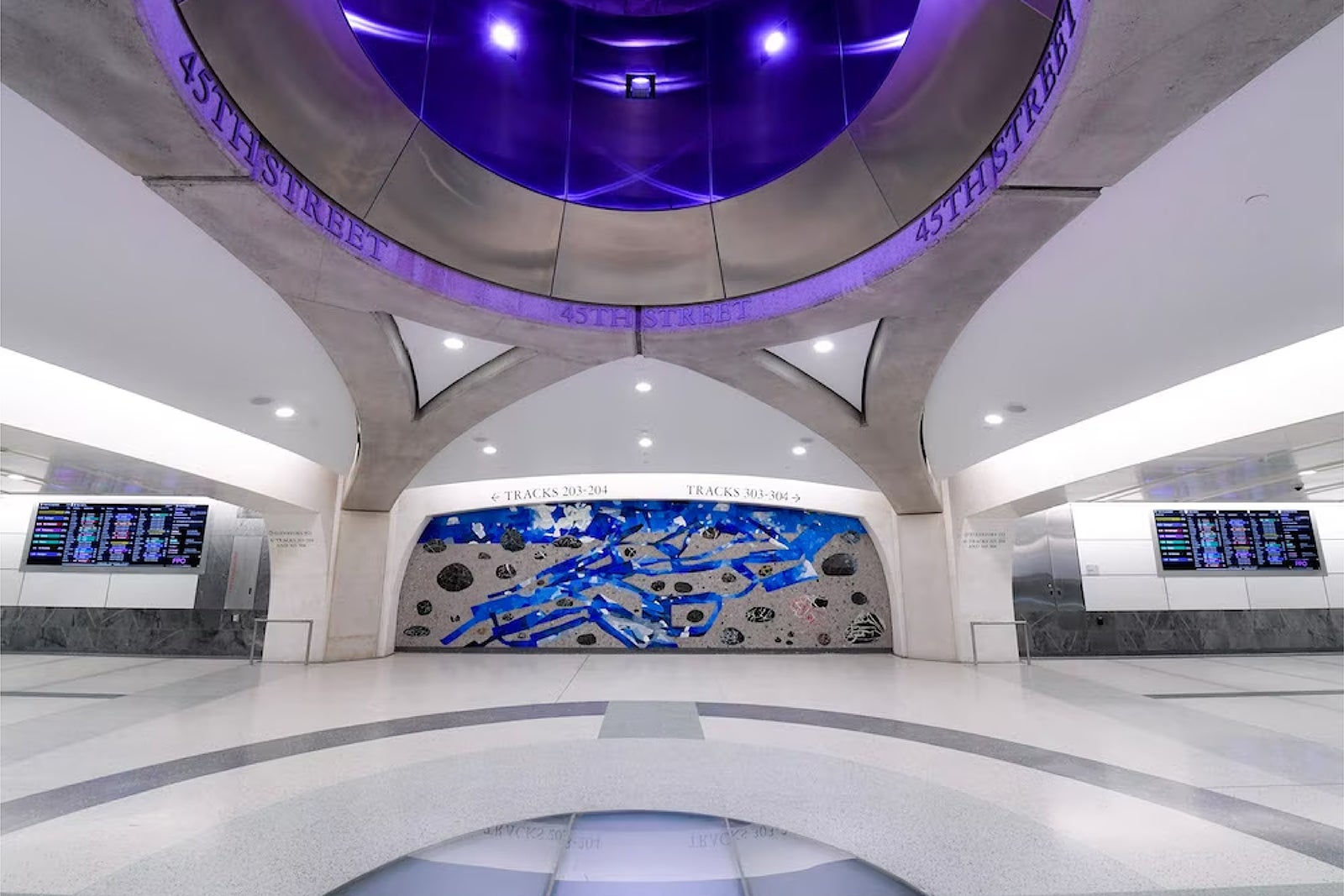 During this trial period, the MTA said customers can use Penn Station tickets to ride the LIRR from Grand Central Madison.

Trains will initially operate from 6:15 a.m. to 8 p.m. on weekdays and from 7 a.m. to 11 p.m. on weekends. Trains will run every 30 minutes between Grand Central Madison and Jamaica during weekday midday periods and weekends. The trains will also run once per hour during peak periods. MTA said it will likely be increasing frequencies after launch, though they didn’t disclose any more details.

TPG’s Scott Mayerowitz found you could get to Jamaica Station from the center of Manhattan in as little as 21 minutes.

Grand Central to Jamaica in as little as 21 minutes. MTA

An “off-peak” city ticket on the LIRR from Grand Central to Jamaica is $7.75 and the AirTrain from Jamaica to the airport terminals is another $8, if you already have an MTA MetroCard. It’s an extra $1 to buy a reloadable MetroCard for those without them.

Prices as low as $5 off-peak for new service. MTA

LIRR service from Grand Central Madison provides an affordable alternative to travel to JFK for those who live on or near Manhattan’s East Side.

To save time, many residents of New York take Uber or Lyft to JFK, but these services can cost $100 or even more.

An Uber ride from JFK to the West Side of Manhattan in 2022. UBER

Taxis start at $74 for a flat-rate fee; however, tips and tolls can easily drive the price to $100. 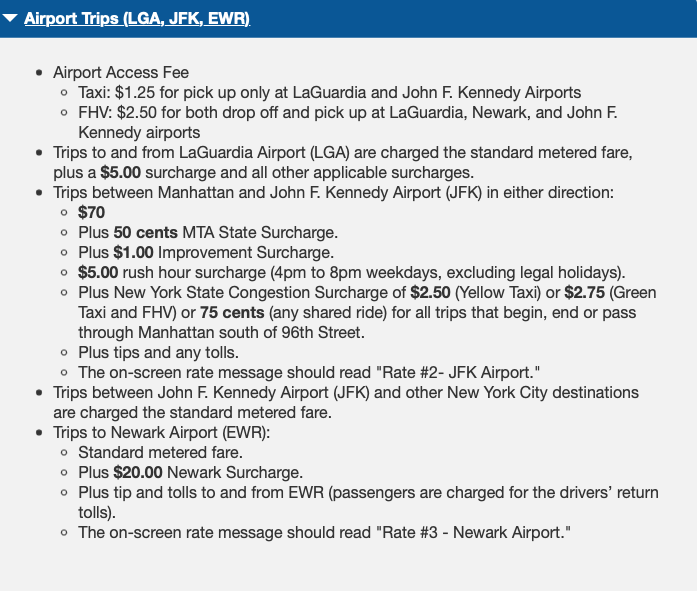 The other issue with commuting by car is traffic. On a good day, you can get to JFK in as little as 35-40 minutes, but throw in NYC’s notorious traffic and you could be looking at as much as an hour and a half.

Before the new option, you would have to either take a subway or bus to Penn Station and then catch the LIRR to Jamaica — a time-consuming and arduous commute depending on where you are coming from. A routing like that could easily add more than half an hour to the journey.

Once the gates to Grand Central Madison officially opened at around 11 a.m., the crowd cheered and everyone swarmed the brand-new terminal. LIRR customer ambassadors handed out memorabilia like pins, baseball caps and stickers to visitors. And those who took the first train from Jamaica to Grand Central Madison at 10:45 a.m. received “golden tickets” for taking the inaugural train ride to the new terminal.

Seas of phones recording Grand Central Madison flooded the halls as visitors took selfies, with some enthusiastically exclaiming that they felt like they were seeing history.

“Infrastructure is all about connections, and this project is an extraordinary step forward to better connect millions of New Yorkers with their homes, their families and their jobs,” Hochul said in a press release.

“It’s kind of exciting,” Weinhart said. “We didn’t even know … it just happened.”

The first train to Jamaica was supposed to depart at 11:59 p.m. but was around two minutes late. Once the train started moving, passengers enthusiastically cheered. The train also made stops in Woodside, Forrest Hills and Kew Gardens before touching down in Jamaica. Even though this was the first train departing from Grand Central Madison, it felt as if this route had been done a million times before — there were no hiccups.

From Grand Central Madison, the train took around 25 minutes to reach Jamaica. Once the train stopped in Jamaica, it didn’t take long to find the AirTrain, spotting the bright yellow signs pointing to the AirTrain was easy. The only issue with taking the AirTrain was that it required an MTA card, which feels outdated considering that the subways in New York City all take Apple Pay now.

But the train from Grand Central Madison to Jamaica proved that it’s not only an affordable, but also an easy alternative to reaching JFK for east-side Manhattan residents. The trains came on time and each train ride to and from Jamaica took no more than 30 minutes — driving to JFK from Manhattan can otherwise easily take over an hour with traffic.

Construction then resumed in the 1990s, but construction delays, mismanagement and cost overruns stalled the project. The MTA initially aimed to open the new terminal by the end of 2022, but when one area of the terminal needed “additional work,” it pushed the date back.

Last week, the MTA tested 40 empty trains to and from the brand-new station, according to Gothamist.

There’s also a separate entrance to the new station. As the name implies, you can enter the building through separate entrances off Madison Avenue. (In fact, the actual entrances are on what would be Vanderbilt Avenue and East 43rd, East 44th, East 45th, East 46th, East 47th and East 48th streets.) 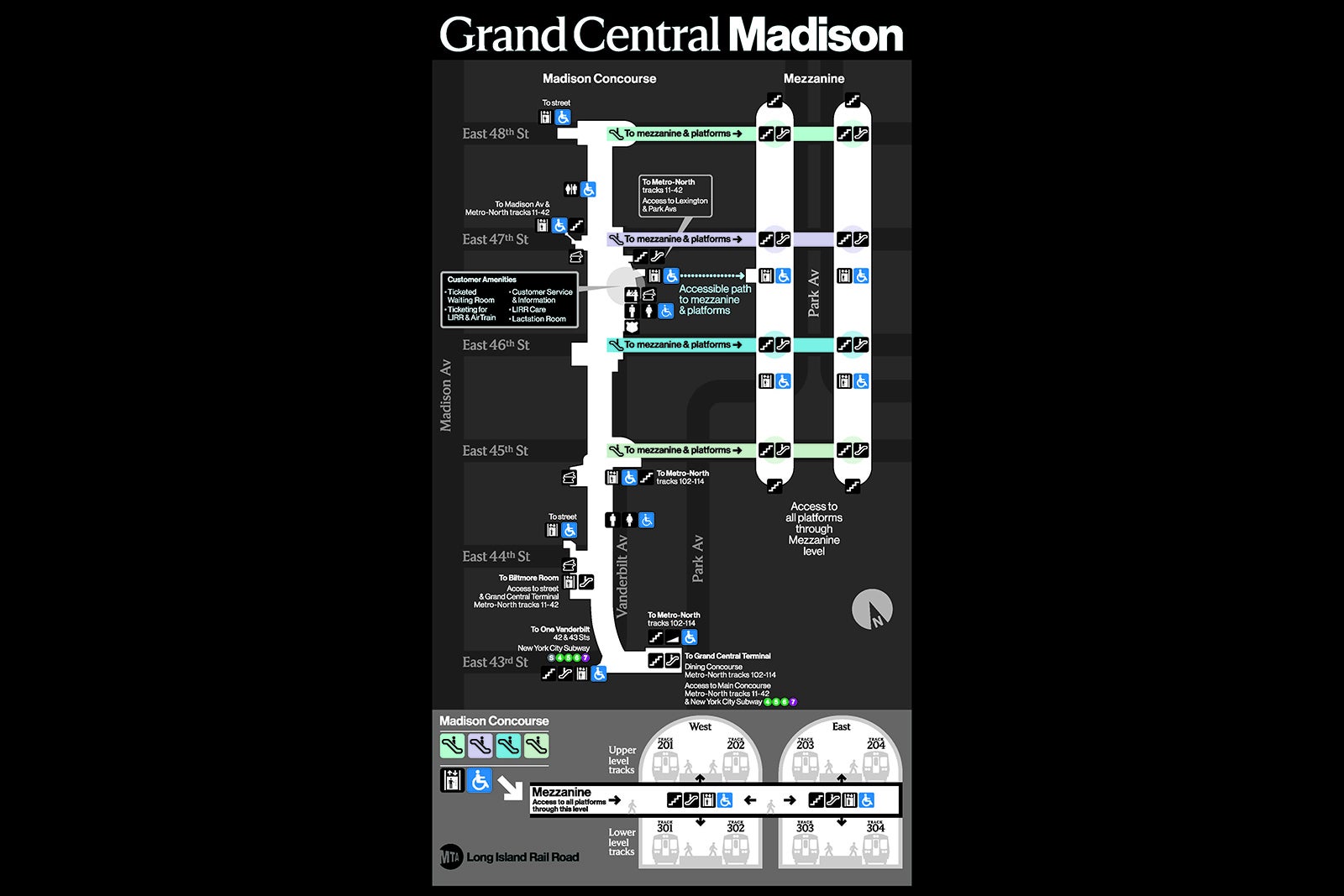 SpaceX Crew Dragon may get shield upgrade after Soyuz leak

Redfall Release Date Confirmed For May 2, As Lots Of New Gameplay Footage Debuts