The Elder Scrolls Online: Necrom is the next chapter of ZeniMax Online’s MMORPG, and will introduce a new class, reimagined locations that are bound to be exciting for Elder Scrolls lore-heads, multiple ancient mysteries to unravel, and tentacles. Lots and lots of tentacles.

As revealed in the recent Xbox and Bethesda developer direct, Necrom will arrive June 5, 2023 on PC and Mac (or for those on consoles, June 20) and bring players back to Morrowind–specifically the eastern, coastal region known as the Telvanni Peninsula that is home to the ancient dark elf city from which the chapter draws its name. Since Necrom was last seen in 1994’s The Elder Scrolls: Arena, the first game in the series, the new expansion gives ZeniMax Online an opportunity to update and expand upon the city of the dead for modern audiences. It also presented an opportunity to revisit the fan-favorite region of Morrowind, a place that ESO creative director Rich Lambert said the development team has a particular affinity towards and one that the team previously dove deep on for the game’s 2017 Morrowind chapter.

“Obviously we are not going to go back and recreate one-for-one what was there in Arena,” Lambert said. “Things have changed a lot since then, and the overall fidelity of things wouldn’t work if we did it that way. But we wanted to capture that essence. We did lots of lore delving, really digging into what the city was about, its history, why it was so important. And then taking a lot of the descriptors from the lore books and interpreting that in a way that was believable and realistic but also lends itself to the legends. In one of the legends, Necrom was built on the bones of this giant beast that Vivec killed. When you advance to the city you see these tall spires, rock-like structures. If you look at it you could interpret it as the ribs of a giant creature. And then you want to dig in…We really leaned heavily on that kind of stuff when we were going in designing the city and also the surrounding spaces.”

But that’s just one part of the expansion. The other will take players to the Oblivion realm of Apocrypha, the home of Hermaeus Mora, the Daedric prince of knowledge who commonly appears as a writhing mass of tentacles and eyeballs. Despite Mora’s Cthulhu-esque appearance, the Daedric prince is neither good nor evil, and will recruit players to help them protect a deep, dark secret that, if discovered by the wrong people, could unravel all of reality. 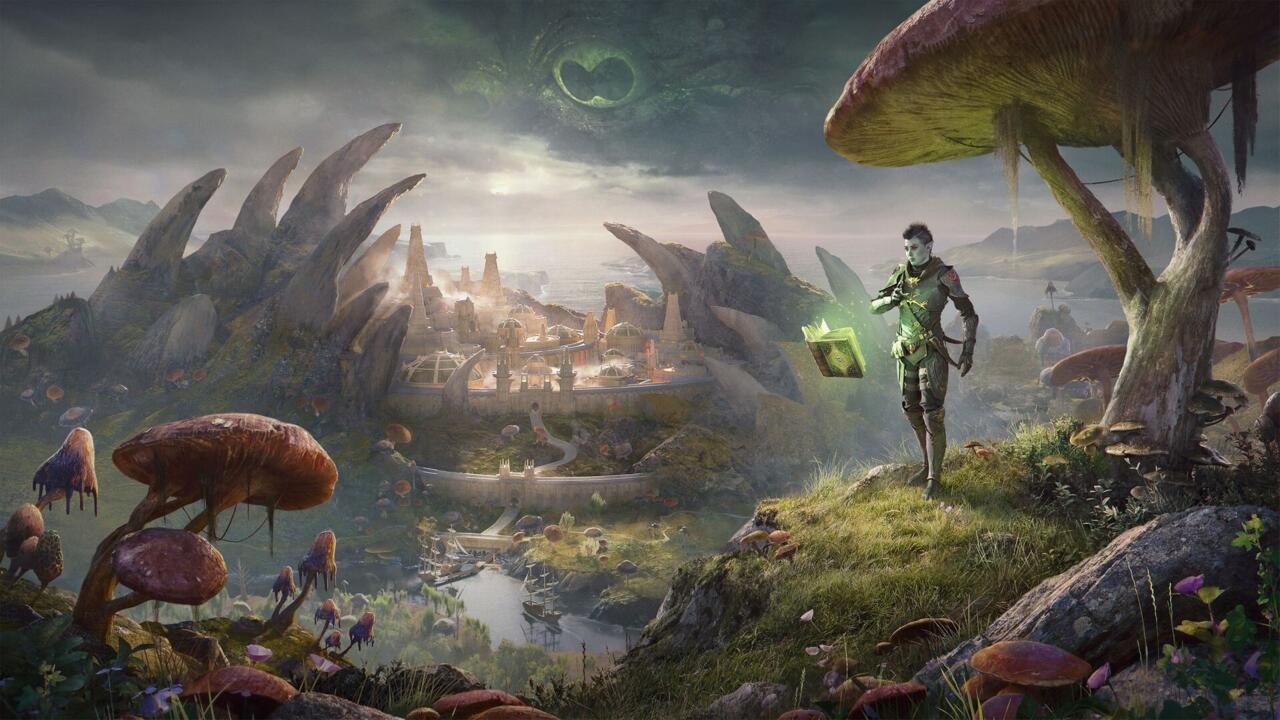 Apocrypha is a mysterious realm filled with literal mountains of books and ancient manuscripts. It was last seen as part of Skyrim’s Dragonborn DLC, and while ESO will be staying true to the look and feel of Apocrypha as established there, the ZeniMax Online team will be putting their own flourishes on the realm as well.

Hermaeus Mora and all the forbidden knowledge hidden within Apocrypha goes hand-in-hand with what is likely expansion’s most exciting new addition: the Arcanist, the game’s seventh class and the first new class since the addition of the Necromancer in 2019. The tome-wielding Arcanist is a combo-point generating, builder-spender casting class that uses forbidden knowledge to both support allies or dish out damage to enemies. From transforming their arm into a wave of tentacles in order to damage foes to teleporting around the battlefield and casting runic magic, the Arcanist sports offensive, defensive, and support abilities. Lambert said the goal was to make the Arcanist easy to pick-up-and-play, while still offering plenty of depth. For players who want to dive even deeper, the game’s skill morph system will allow for even greater customization, with some abilities able to be morphed from a combo-point generator into a spender or vice versa. Some skills that by default don’t interact with the combo-point system can even be morphed to do so.

“There’s a lot of mastery to it but it’s also really easy to pick up and understand,” Lambert said. “It’s ‘I hit this button and I get this thing. And while this thing is going, I hit another ability and it spends it and does something cool for me.'” 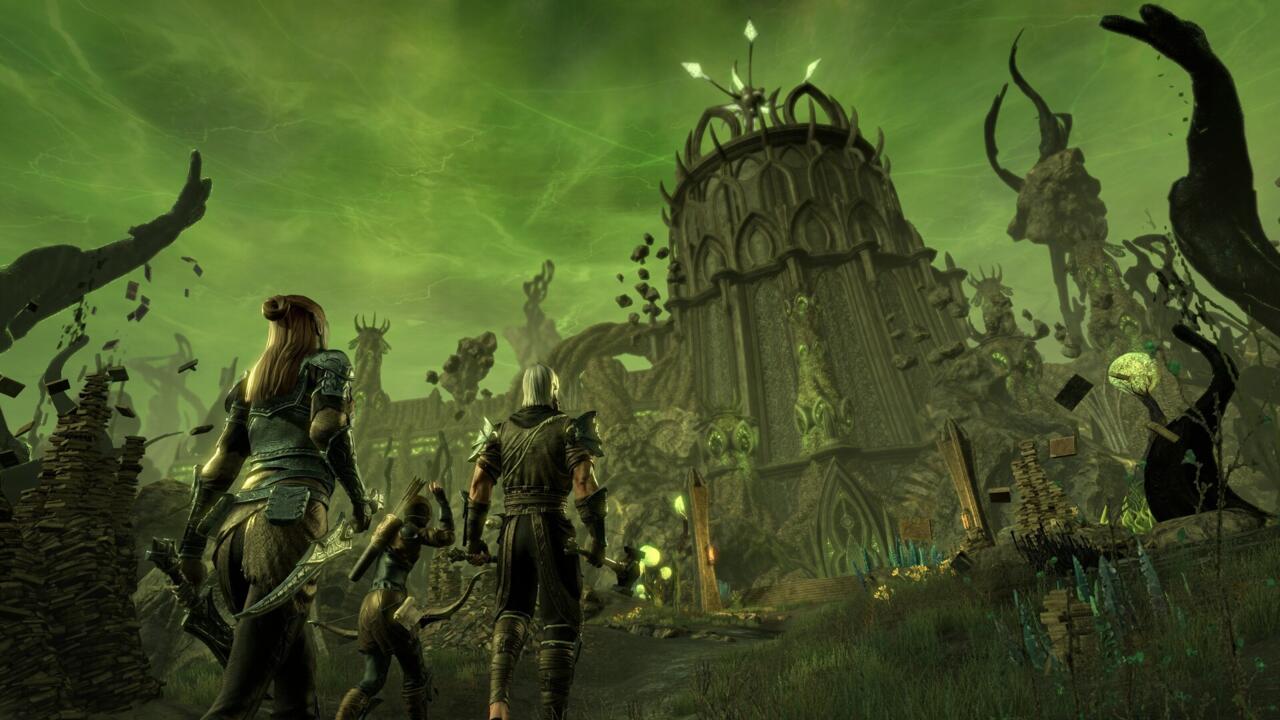 The Oblivion realm Apocrypha, home of Hermaeus Mora, is a major part of the Necrom chapter.

The Necrom chapter release this summer is the highlight of Elder Scrolls Online’s 2023 roadmap, but the yearlong storyline titled Shadow Over Morrowind will technically begin in March with the Scribes of Fate update, which will add two new dungeons and serve as a prologue for the Necrom chapter. Additional updates in the second half of the year year will also likely excite fans. In an unorthodox move, the team will forgo adding an extra dungeon later in the year as they have in years past in order to deliver a quality of life update that will focus on bug fixes, improving performance, and delivering some long-requested features, like a premade group finder. The game will still receive four major updates per year as has been the case for the last eight years, only this time one of those updates will be dedicated solely to polish and quality-of-life, something Lambert said the community has asked for.

“Last year we had a bit of a bumpy ride in terms of stability,” Lambert said. “A lot of self-inflicted wounds. So we want to shore up a lot of those processes and clean up a lot of that stuff.”

But that isn’t to say there isn’t any new content for Elder Scrolls Online players to look forward to later in the year. Teased at the tail-end of the chapter’s reveal stream, Lambert confirmed the team is working on an “endless dungeon with a buddy” mode for ESO. When asked for additional details or if the mode would feature roguelike elements, Lambert simply chuckled and said players would have to wait to find out more information, but it certainly sounds like something fans will want to keep an eye on towards the end of the year.

The Elder Scrolls Online: Necrom will release June 5, 2023 for PC and Mac players, and will arrive a few weeks later on June 20 for those on consoles. It’s available for preorder now.

Tesla's Earnings Were Good. Guidance Is OK. Shares Are Higher. 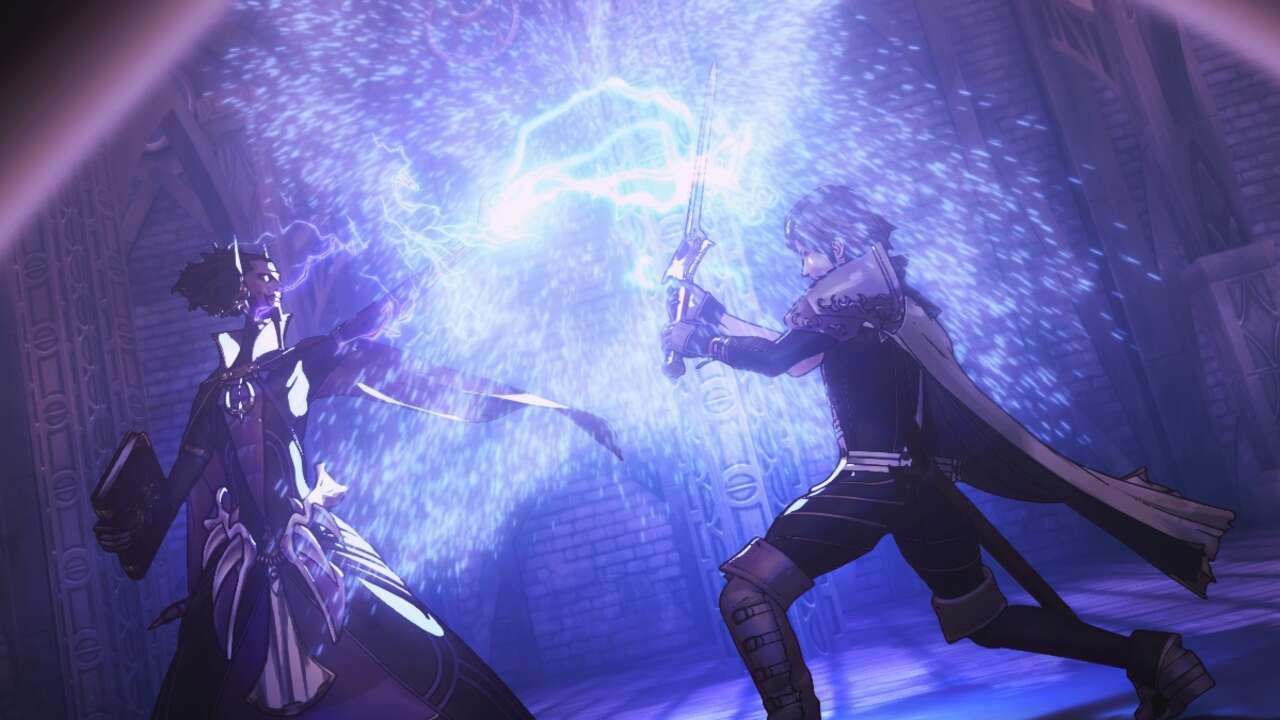