SpaceX’s astronaut taxi may get a shield upgrade.

NASA is considering asking SpaceX to boost the existing shielding on the company’s Crew Dragon capsule after something blasted a tiny hole in a Russian Soyuz spacecraft in December 2022, agency officials said during a press conference on Wednesday (Jan. 25).

The strike, likely by a micrometeoroid, occurred while the Soyuz was docked to the International Space Station (ISS), where it remains today. The impact caused a coolant leak that rendered the Soyuz vehicle, known as MS-22, unsafe to carry astronauts home except in case of emergency.

So Russia’s space agency Roscosmos has decided to launch an empty Soyuz on Feb. 20 to bring the three MS-22 crewmembers back to Earth. That journey is expected to occur in September, about six months after the trio’s original planned homecoming date.

“We started to talk about a little bit — Is there anything we can do now?” he said in Wednesday’s press conference, which provided an update on ISS operations and the next SpaceX mission to the station, Crew-6, which is scheduled to lift off on Feb. 26.

SpaceX’s Sarah Walker said the company is aligned with NASA’s goals. Walker, who is director of Dragon mission management, also emphasized that all analyses to date show that the Crew Dragon docked at the ISS now, called Endurance, is doing just fine.

“The Dragon systems are healthy and operating nominally,” Walker said during Wednesday’s press conference of Endurance, which launched to the orbiting lab this past October on SpaceX’s Crew-5 mission for NASA. 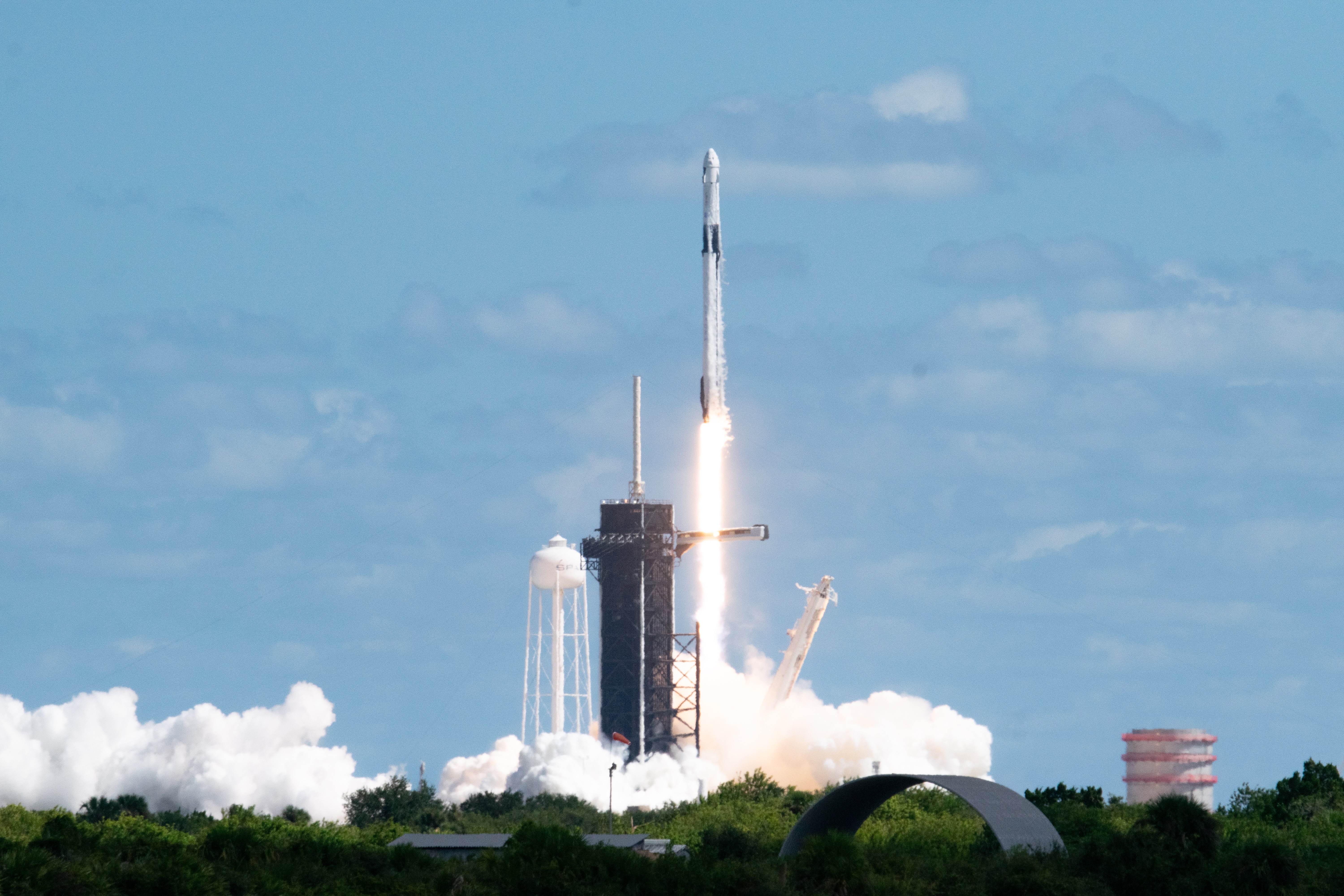 SpaceX’s Crew-5 launch on Oct. 5, 2022, which brought the spacecraft Endurance to the International Space Station with four crewmembers. In a pinch, a fifth astronaut could be put on Endurance for return to Earth, NASA has said. (Image credit: Josh Dinner/Space.com)

Roscosmos officials say that the damaged Soyuz MS-22 could accommodate two of its three crewmembers if an emergency necessitated the evacuation of the ISS. The ride back to Earth would be warm with no coolant, however. The two who would make that trip on MS-22 are cosmonauts Sergey Prokopyev and Dmitry Petelin. The third crewmember, NASA astronaut Frank Rubio, would join the four Crew-5 astronauts on Endurance in a “lifeboat” scenario.

NASA considered numerous safety questions before approving Rubio’s seat liner for a move from Soyuz MS-22 to Endurance, agency officials said Wednesday, including making sure there was enough oxygen in the SpaceX craft, that carbon dioxide could be minimized and that landing would happen safely.

SpaceX originally designed the Crew Dragon vehicle to carry as many as seven people. But Endurance was outfitted with just four seats, and securing Rubio as an unexpected fifth crewmember required clever repurposing of supplies in orbit.

“We looked at taking some cargo straps from, actually, the CRS-26 vehicle,” Stich said, referring to a SpaceX Dragon cargo capsule that’s docked to the ISS right now. “We were able to put the straps over Frank and then the seat liner, if we needed to, and then secure him to the floor of the Dragon,” he added. The next crewed launch to the International Space Station will be Crew-6, a NASA rotation mission flown in a SpaceX spacecraft. From left are Russia’s Andrey Fedyaev, NASA’s Warren “Woody” Hoburg, NASA’s Stephen Bowen, and the United Arab Emirates’ Sultan Al Neyadi in front of a SpaceX Falcon 9 rocket. (Image credit: SpaceX)

The empty Soyuz vehicle, known as MS-23, will launch during a stretch that NASA associate administrator Kathy Lueders called “one of the busiest increments in the history of station” during Wednesday’s press conference.

Among the many scheduled crewed launches to the ISS in the first half of 2022 are Crew Flight Test, the first astronaut mission for Boeing’s Starliner capsule; SpaceX’s Crew-6; and Ax-2, the second crewed mission to the orbiting lab by private company Axiom Space.

The Soyuz MS-22 crew will also see their time in space doubled to a year in orbit as they await the launch of a crewed Soyuz later in 2023 to relieve their duties on the ISS. The current forecast for MS-22’s landing is in late September.

There's a new way to get from midtown Manhattan to JFK