Rookie Brody Purdy has taken the NFL by storm since becoming the San Francisco 49ers starting quarterback in December.

The former Iowa State standout earned the “Mr. Irrelevant” title after being selected by the 49ers with the final pick of the 2022 draft. But, a scouting report is shedding some light on one team’s level of interest in drafting the quarterback.

The Athletic obtained a scouting report that touched on Purdy’s positive attributes, as well as some of his potential drawbacks.

According to the report, a scout said Purdy was “very mature and experienced.” He was a four-year starter during his college football tenure. 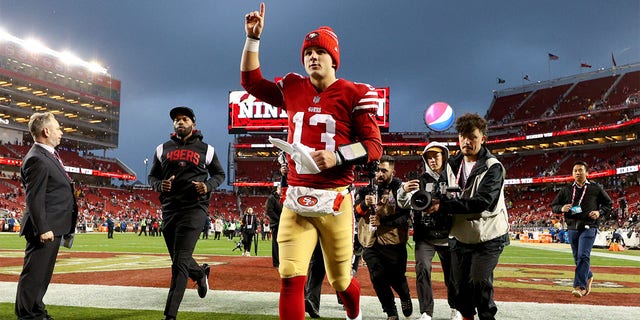 Brock Purdy #13 of the San Francisco 49ers runs off the field after defeating the Seattle Seahawks in the NFC Wild Card playoff game at Levi’s Stadium on January 14, 2023, in Santa Clara, California.
(Ezra Shaw/Getty Images)

But a coach also pointed out his physical limitations. “Did not test well, limited athlete that has a maxed out body,” the report stated, with weaknesses being recognized as “limited arm, both in strength and throw repertoire.” 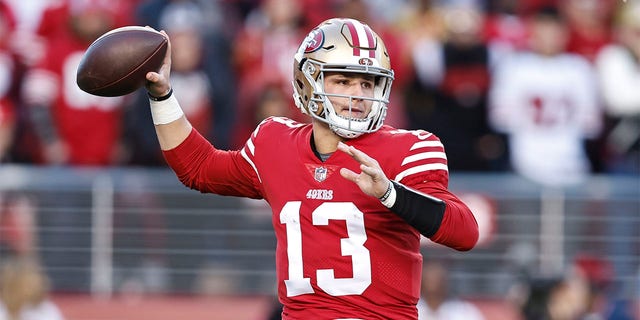 The 49ers previously drafted quarterback Trey Lance with the No. 3 pick in the 2021 draft. San Francisco appeared to be ready to turn over the keys of the franchise to Lance for the 2022 season and Purdy was not expected to contribute this year.

Several months after drafting Purdy, the Niners decided to restructure veteran quarterback Jimmy Garoppolo’s contract, which saw him agree to a one-year restricted deal to serve as Lance’s backup. But Lance suffered a season-ending injury in Week 2, and Garoppolo later went down with a foot injury, suddenly thrusting Purdy into the starting role.

Purdy has yet to lose a game since he has been named the starter. His next test takes place on Sunday for the NFC Championship against the top-seeded Philadelphia Eagles. Purdy will be the fifth rookie quarterback to start a conference championship game. 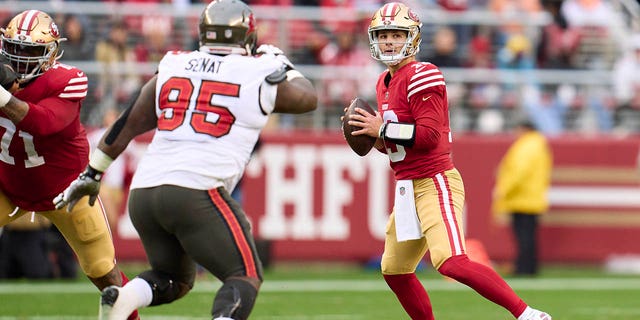 Brock Purdy #13 of the San Francisco 49ers drops back to pass against the Tampa Bay Buccaneers during the first half at Levi’s Stadium on December 11, 2022, in Santa Clara, California.
(Cooper Neill/Getty Images)

The coach who evaluated Purdy said the 23-year-old’s ability to process defensive schemes has contributed to his success.

“He is processing a lot of information pre-snap because they do a lot of motion, shifts, kills, alerts in that offense. It can be hard to just snap the ball and know which way to hand the ball off. His composure late in the down — he has not made very many boneheaded mistakes — has really been impressive,” said the coach, who believes Purdy would be considered a second-or-third-rounder today.

Purdy has thrown for 1,374 yards, 13 touchdowns and four interceptions, with a completion percentage of 67.1 percent over the course of his nine game NFL career.

Chantz Martin is a sports writer for Fox News Digital.