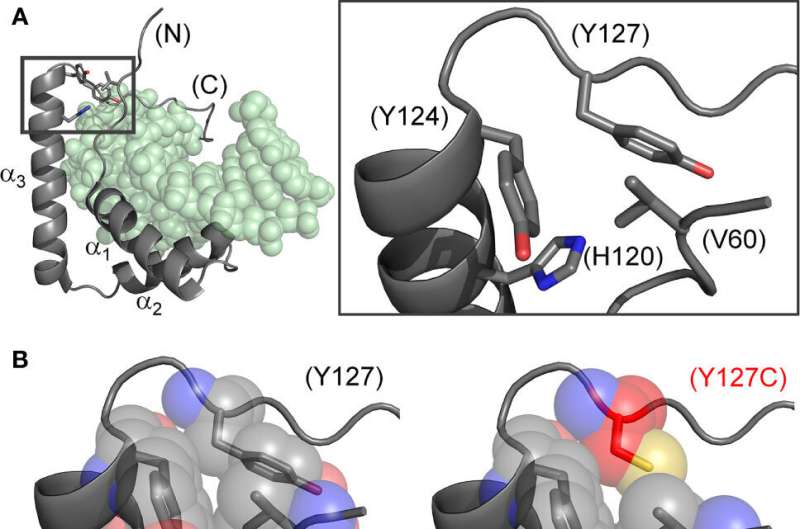 The study focuses on the subtle substitution of a conserved aromatic residue in SRY (tyrosine) by a closely related aromatic residue (phenylalanine). The clinical mutation, shared by a fertile XY father and his sterile XY daughter, positions the embryonic male switch at the borderline of genetic function. The two aromatic rings are seemingly interchangeable in the structure of the protein, but differ in their ability to anchor a bridging water molecule in the protein-DNA complex.

“Loss of a single atom in SRY, an oxygen atom in a critical tyrosine, impairs the robustness of male development,” said Michael Weiss, MD, Ph.D., chair of the Department of Biochemistry and Molecular Biology.

“Normally, the father has XY chromosomes and the daughter has XX chromosomes but in some families, the daughters can have XY chromosomes because there is a mutation in SRY. Sex chromosomes can degenerate over evolutionary time scales, leading to new upstream switches being recruited as male-determining pathways grow backwards. Such initial steps can be tenuous in biochemical terms.”

In the study, researchers focused on position 72 in the DNA-binding domain of SRY, which was not previously considered of special interest. However, the researchers discovered that tyrosine at this position enables operation of a water-mediated kinetic clamp, extending the lifetime of the protein-DNA complex.

This mechanism is conserved in all mammalian SRY factors and is broadly observed in a related family of switch factors in multicellular (and some unicellular) animals. The latter family, designated “SOX” (SRY-related HMG box) is fundamental to patterning and development in metazoans.

Researchers published two recent papers about their work in Frontiers in Endocrinology. The first describes their findings related to focusing on box 72, and the second describes how the water-mediated clamp mechanism works. Weiss said they call it a “humpty-dumpty” model because of accelerated disassembly of the male-determining protein-DNA complex in the absence of the water-mediated clamp.

“Because the normal and mutant version of SRY are so similar in standard experimental assays,” said Joseph D. Racca, Ph.D., Assistant Research Professor in the Department of Biochemistry and Molecular Biology and first author of the new study. “Uncovering the water-mediated mechanism took several years. Critical insight was provided by molecular dynamics (MD) simulations of boundary water molecules in this system.”

“In the MD simulations a distinctive water molecule is anchored by the tyrosine as a bridge to the DNA: this special site of hydration is occupied for thousands of picoseconds, and then it will leave,” Weiss said. “But then another water molecule in the bulk solvent will almost immediately hop in its place, restoring the bridge.”

The subtle change from tyrosine to phenylalanine alters such hydration, a perturbation that propagates from position 72 predicted to destabilize successive protein-DNA contacts in the tail of the domain. Detachment of the tail would hasten dissociation of the protein-DNA complex and presumably male-specific gene-regulatory assemblies at target genes.

XY female children with differences in sexual differentiation due to Swyer Syndrome lack functional ovaries and are at risk for rare forms of early-onset gonadal cancer. Recognition of this syndrome is important allowing surgical removal of the gonads before cancer begins. The affected woman otherwise has a normal uterus and birth canal, and so they may bear children following in vitro fertilization of a donated egg.

“Swyer mutations provide clues to help us understand a broad range of SOX diseases and may give rise to much improved protocols for different areas of medicine, such as regenerative medicine or cancer,” Weiss said. “This discovery thus goes way beyond sex determination because SRY is a prototype switch.”

This document is subject to copyright. Apart from any fair dealing for the purpose of private study or research, no
part may be reproduced without the written permission. The content is provided for information purposes only. 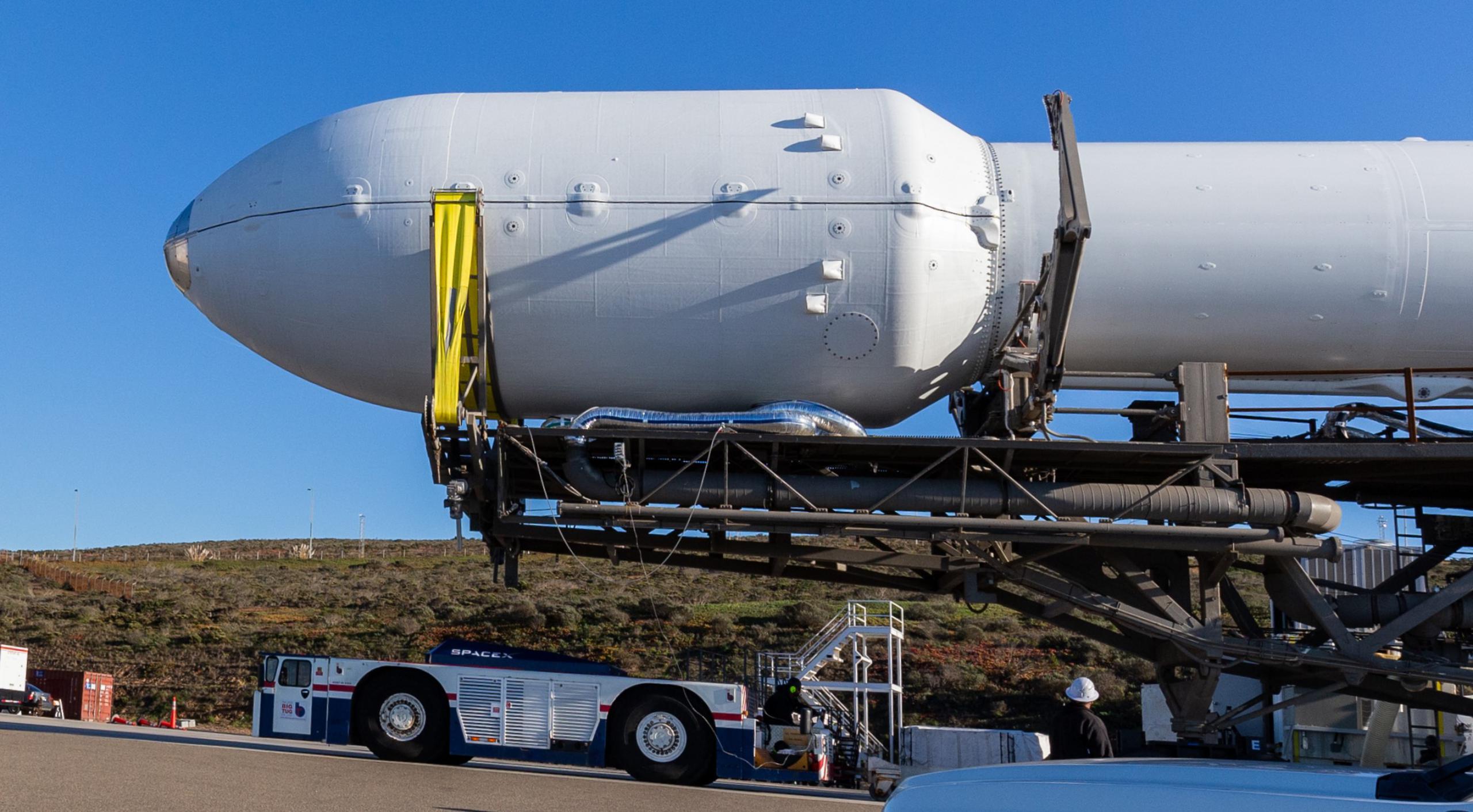 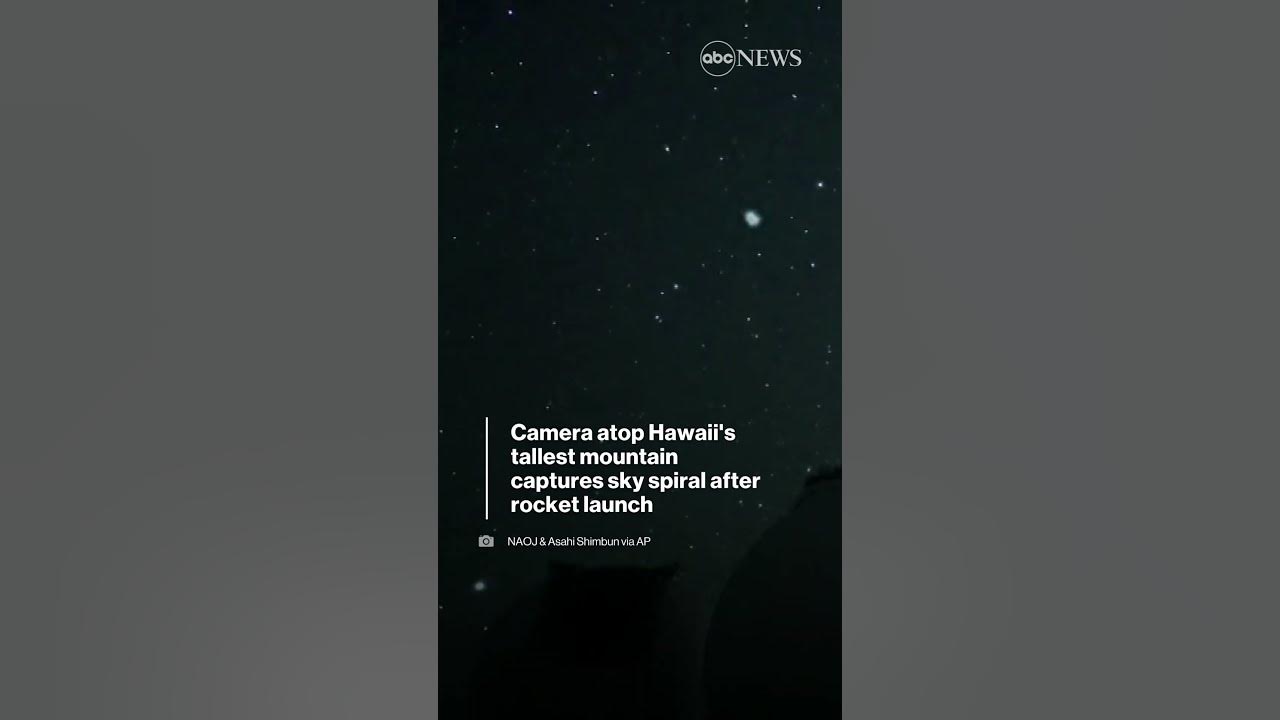