The crewed Artemis 5 mission to the Moon won’t happen until 2028 at the earliest, but the mission and those that follow will benefit from upgraded RS-25 engines, which NASA will use to power future iterations of its gigantic Space Launch System rocket.

This month’s first hot-fire test of the newly redesigned RS-25 engine lasted for 209.5 seconds, falling short of the planned 500 seconds, according to a NASA statement. The space agency performed the test on December 14 at Stennis Space Center near Bay St. Louis in Mississippi, with the engine firmly strapped to the Fred Haise Test Stand. Footage of the test is available at the Stennis Facebook page.

A monitoring system automatically triggered the early shutdown. Engineers with Aerojet Rocketdyne, the developer of the RS-25 engine, and NASA are now looking at the data to evaluate the test and determine why it ended prematurely. A future hot-fire test will eventually need to last for the full duration, as 500 seconds (8.5 minutes) is the same amount of time the RS-25 needs to operate to send SLS to space. 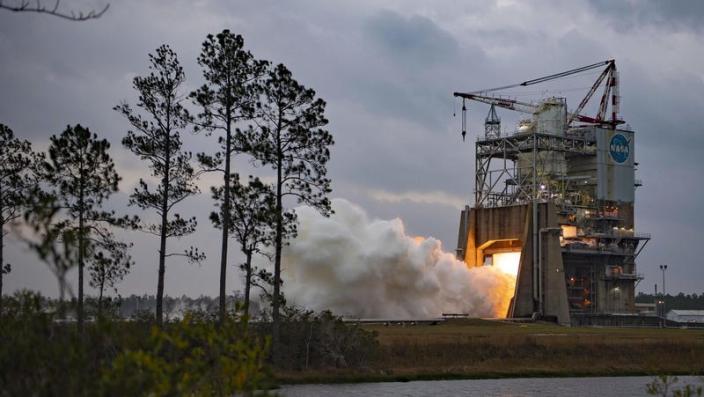 “Much like launch, test campaigns are dynamic events that allow us to learn more about the SLS rocket hardware,” Johnny Heflin, liquid engines manager for the Space Launch System at NASA’s Marshall Space Flight Center, said in the statement. “Preliminary data indicates the engine was performing nominally.”

That the test did not proceed to full duration is hardly a problem. The upgraded engine won’t be needed until the Artemis 5 mission, currently scheduled for 2028. It’s through NASA’s Artemis program that the United States is seeking to re-visit the Moon and, eventually, plan crewed trips to Mars. The recently concluded Artemis 1 mission was a big success, serving as a preamble for more complex trips to the Moon.

NASA currently possesses one dozen RS-25 engines taken from retired Space Shuttles and modified for use on the SLS core stage. The space agency had 16, but four of them, used during Artemis 1, are now at the bottom of the Pacific Ocean. Such will be the fate of the remaining 12, which will go into use during Artemis 2, 3, and 4. SLS is an expendable rocket, requiring NASA and its partners to build new versions for each Artemis mission.

The updated RS-25 features a new powerhead component, nozzle, and controller, the latter two of which have not yet been installed. The Fred Haise Test Stand itself has seen some recent upgrades, including work to improve the stand’s high-pressure water system, flame deflector, and thrust vector control system, among other tweaks. 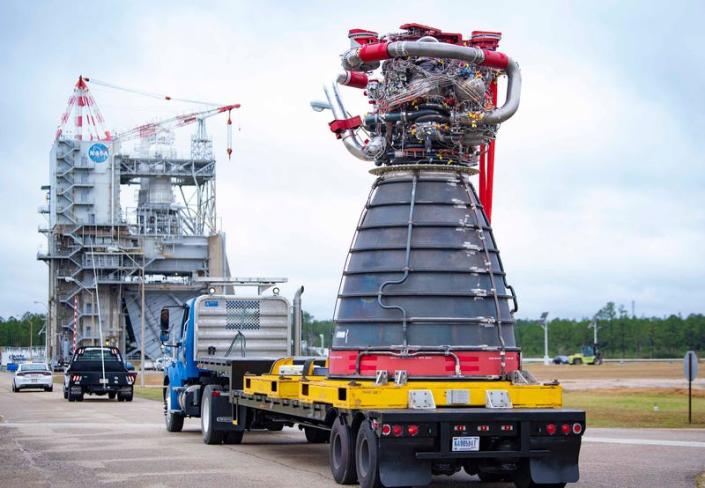 The engine, designated E10001, being delivered to the test stand at Stennis

The recent test at Stennis is in advance of certification tests planned for early 2023. Once that’s done, Aerojet Rocketdyne can then kickstart the production process, producing multiple units for future Artemis missions. The company is currently under contract with NASA to produce 24 new RS-25 engines.

Each RS-25 engine weighs about 7,800 pounds and generates 512,300 pounds of thrust. During the Artemis 1 liftoff, SLS produced around 8.8 million pounds of thrust, with power contributions also coming from the two solid rocket boosters.

More: The best spaceflight images of 2022

Bloodborne paved the way for Tunic, one of 2022’s breakout indie hits