Movie fans disappointed that their favourite actor was cut from a film after appearing in the trailer can sue the studio for false advertising, a US judge has ruled.

Peter Michael Rosza of San Diego and Conor Woulfe of Maryland say they forked over $3.99 each to watch the Richard Curtis comedy on Amazon Prime, only to discover that de Armas had not made the final cut.

A class action suit filed earlier this year alleges fans had been led to expect the Cuban star of No Time To Die star would feature prominently. However, they “did not receive a movie with any appearance of Ana de Armas at all”, says the suit, reported by US media on Friday.

Accordingly, “such consumers were not provided with any value for their rental or purchase”, the suit added. 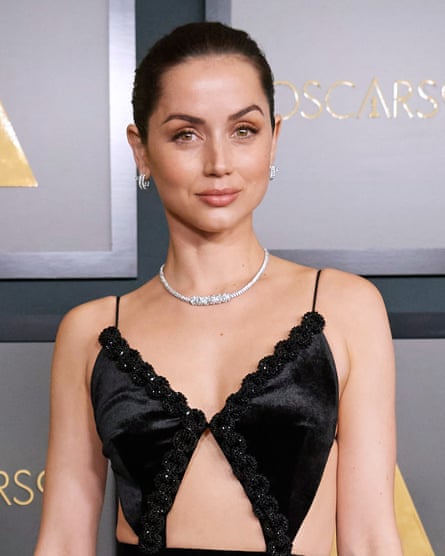 Universal had asked US district judge Stephen Wilson to throw out the complaint, arguing that trailers are protected by the first amendment of the US constitution, which guarantees free speech.

But in his ruling on Thursday, Wilson rejected the studio’s argument, saying trailers were commercial speech and subject to laws around honest advertising.

“At its core, a trailer is an advertisement designed to sell a movie by providing consumers with a preview of the movie,” the judge wrote.

A representative for Universal could not immediately be reached.

The suit is claiming at least $5m on behalf of disappointed fans.

Lawyers will convene again for the case on 3 April.

Danny Boyle’s Yesterday tells the story of a musician, played by Himesh Patel, who is thrust into an alternative reality where the Beatles do not exist.

He achieves global megastardom by releasing the Fab Four’s back catalogue as his own.

De Armas, 34, who also appeared in Knives Out in 2019, was originally cast in the movie, and appeared in the trailer and certain advertising, but her role did not make the final version, according to the suit.

We Energies asks customers to lower thermostats to 60