We’ve now gotten our first look at the Mobvoi TicWatch Pro 5 — the first Wear OS watch with the Snapdragon W5+ chip — in a newly leaked render.

Last year, when Qualcomm announced the Snapdragon W5+ chip for wearables, it was confirmed that Mobvoi would be the first company to use the chip in a watch. At the time, Mobvoi’s plans were to release the new TicWatch in fall 2022, though this seems to have fallen through.

Today, leaker Kuba Wojciechowski took to Twitter to share the first glimpse of the next generation of the TicWatch series. While the current model is the TicWatch Pro 3, the company is skipping ahead to the TicWatch Pro 5, due to a longstanding superstition in Chinese culture that considers four an unlucky number. The move is similar to how there was never a OnePlus 4.

Though the previous model featured two crowns on the right side, the Mobvoi TicWatch Pro 5 has a simplified design with only one crown with a button above it. This almost identically matches the layout of the Google Pixel Watch. And, where there previously were numerals around the screen bezel, the Ticwatch Pro 5 has a textured rim. 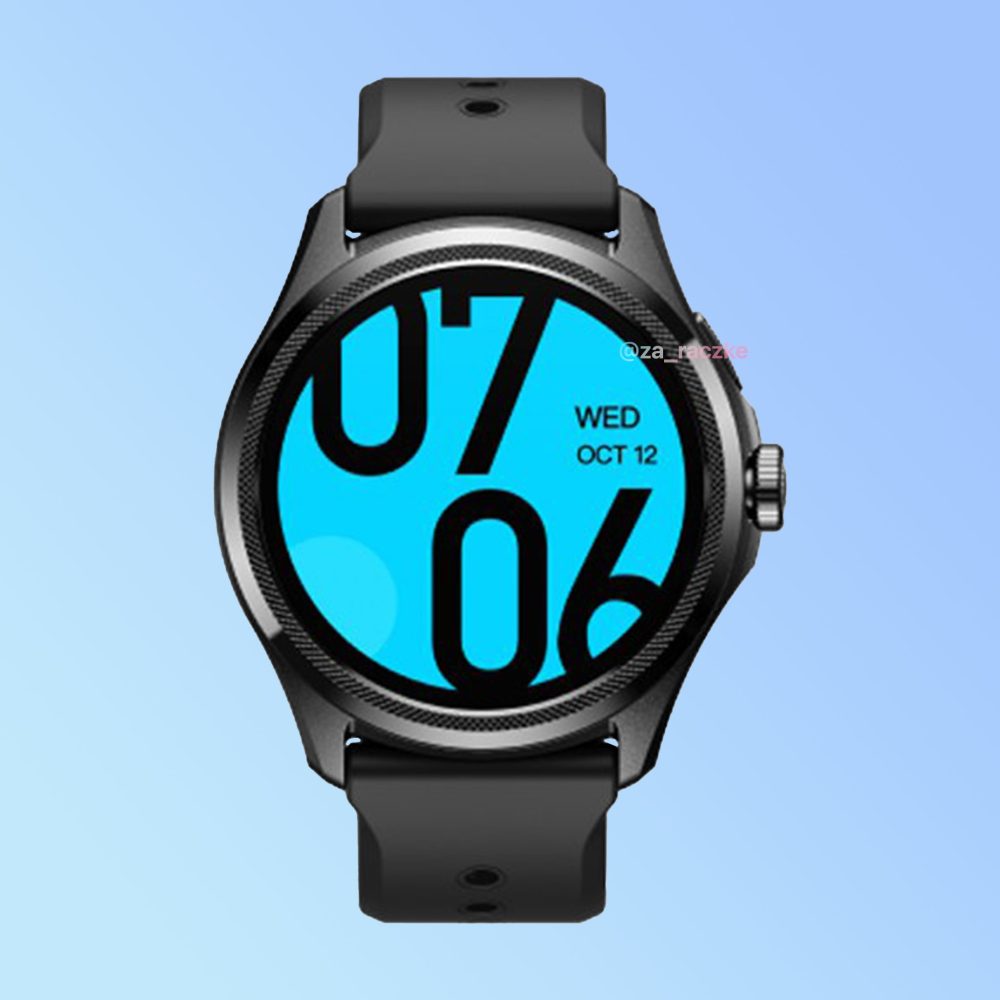 Otherwise, the core shape and design remain essentially the same. The only other detail we can glean is the blue watch face, featuring the current time in a large font with the date as a complication in the corner.

According to Wojciechowski, the watch should bring the full weight of Wear OS 3. Google has previously confirmed that select TicWatch models will receive an update to Wear OS 3, though Mobvoi did not provide a timeline for that update.

No other specs about the device have been confirmed as of yet, but if the TicWatch Pro 5 is anything like its predecessor, we’re likely in for an exciting watch. In our review of the TicWatch Pro 3, we found that Mobvoi had delivered three-day battery life, significantly higher than what Google’s own Pixel Watch provides.