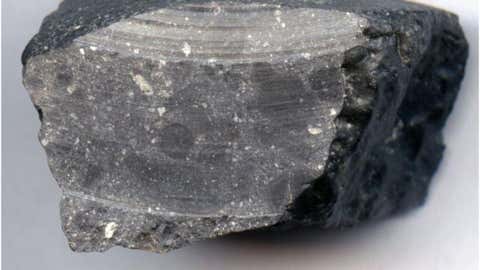 The cold continent of Antarctica holds relics of our planet’s past — from clues of major climate events to zombie viruses buried beneath its frozen exterior. Apart from being a repository of invaluable information about Earth, however, it also houses foreign visitors from the universe, including meteorites!

The home of the south pole is a perfect place for meteorite hunting, thanks to all the ice and snow! The white backdrop makes the dark-coloured meteorites easier to spot, and the dry, desert-ish climate keeps the weathering in check. And if those space rocks sink beneath the ice, they eventually get coughed out by glacial churning.

In spite of these positives, finding sizable chunks of space rocks in Antarctica is incredibly rare. Nevertheless, a study team that left for an Antarctic meteorite hunt in December 2022 has managed to return with some interesting finds.

During the month-long mission on meteorite exploration around the Belgian Princess Elisabeth Antarctica (PEA) Station, the team of scientists uncovered five new meteorites, one of which is a monster space rock weighing a whopping 7.6 kgs!

“At the moment, it looks like an ordinary chondrite. This type of meteorite came from the asteroid belt and ended its travel in the Antarctic blue ice, waiting several tens of thousands of years in the ice before discovery,” explains Professor Maria Schoenbaechler from the department of earth sciences at ETH-Zurich in Switzerland and a study team member.

Antarctica’s Blue Ice Field is an area with winds so strong, they can literally blow away layers of snow atop glaciers.

Around 45,000 meteorites have been retrieved from Antarctica over the past century, and this new find is easily among the top 100 meteorites (in terms of size) recovered from the continent, as per the Chicago Field Museum.

So, what does this exceptional find mean for research in Earth sciences?

According to Professor Maria Schoenbaechler, the meteorite belongs to the oldest material that can be found on Earth, which makes it similar to a building block of our planet. Therefore, it could play a vital role in helping humanity study the formation of its own world.

But this is not all. Before venturing out into Antarctica’s tricky terrain, the research team mapped the area using satellite imagery — covering aspects such as ice flow, temperature, and surface slope measurements — to pinpoint sites with a higher possibility of new meteorites with the help of artificial intelligence.

And this satellite map, thought to be around 80% accurate in giving directions, suggests more than 300,000 meteorites are still out there in Antarctica, just waiting to be found!

These predictions may well renew humanity’s aspirations of making more such discoveries, which could help us trace our solar system’s history and ultimately expand our understanding of the universe.

For weather, science, space, and COVID-19 updates on the go, download The Weather Channel App (on Android and iOS store). It’s free!