Update: Shortly after this article was published, NASA confirmed it was unable to contact the Mars InSight lander (opens in new tab) on two consecutive attempts, ending the four-year mission on the planet’s surface.

Twilight is closing in on NASA’s Mars InSight lander — a robotic seismology lab that has been studying the interior workings of the Red Planet since November 2018.

On Tuesday (Dec. 20), NASA announced in a statement (opens in new tab) that InSight failed to respond to routine communications from Earth. This is an alarming, though unsurprising, sign that InSight may finally be dead after months of declining power supplies.

“My power’s really low, so this may be the last image I can send,” the official InSight Twitter account (opens in new tab) tweeted on Dec. 19 along with a dust-covered selfie. “Don’t worry about me though: my time here has been both productive and serene. If I can keep talking to my mission team, I will — but I’ll be signing off here soon. Thanks for staying with me.” 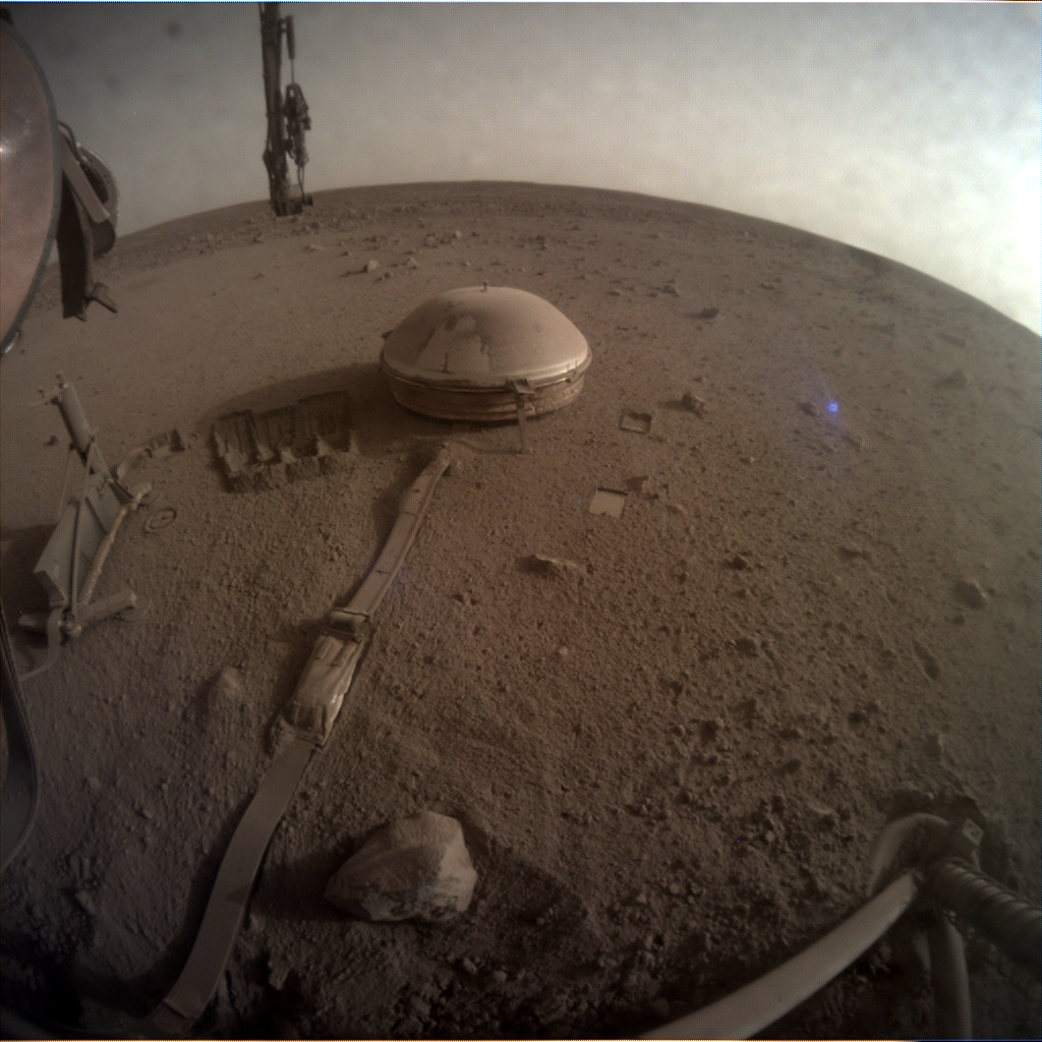 The solar panels that InSight relies on for power have been continuously showered with dust and dirt over the last four years, gradually reducing its available energy. Things were so dire this summer that NASA turned off all of InSight’s science instruments except its seismometer, so that the ailing lander could focus on its primary mission objective — listening for Marsquakes in order to study the Martian interior — for as long as possible.

NASA will officially declare the InSight mission over if the lander fails to respond to a second consecutive communication session. After that, the 25-to-30-person operations team will wrap up the mission by making sure InSight’s four years of data are properly stored and made readily accessible for researchers around the world to use.

InSight touched down on Mars’ Elysium Planitia — a flat, volcanically active plain that straddles the Martian equator — on Nov. 26, 2018. Using a robotic arm, the lander deployed a small seismometer (a device used to measure seismic waves generated by quakes and impacts) onto the plain, then covered it with a dome-shaped heat and wind shield. Since then, InSight has detected more than 1,300 Marsquakes — the largest of which was a whopping magnitude 4.7 temblor on May 4, 2022.

Studying this seismic data has already helped scientists map the mysterious interior of Mars, detect the most massive meteor impact ever recorded in the solar system and show that volcanic activity on the Red Planet could lead to a hidden source of liquid water.

With four years’ worth of data to pore over, scientists around the world will likely use InSight’s insights to uncover the mysteries of Mars for many years to come. Farewell, sweet robot.

Capturing Lionel Messi's viral moment: The story behind the most liked photo on Instagram, told by the photographer who took it