Get ready for an update to iOS 16. iOS 16.3 is coming to your iPhone this week, bringing a few new features, some bug fixes and some tie-ins for Black History Month.

Word of iOS 16.3’s imminent release comes from Apple itself, which let the launch date slip in a press release highlighting the company’s efforts on behalf of Black History Month (opens in new tab) in February. Besides spotlights on curated content in the Music, TV, News and Podcasts apps, Apple is adding a Unity watch face and iPhone wallpaper that incorporates colors of the Pan-African flag. 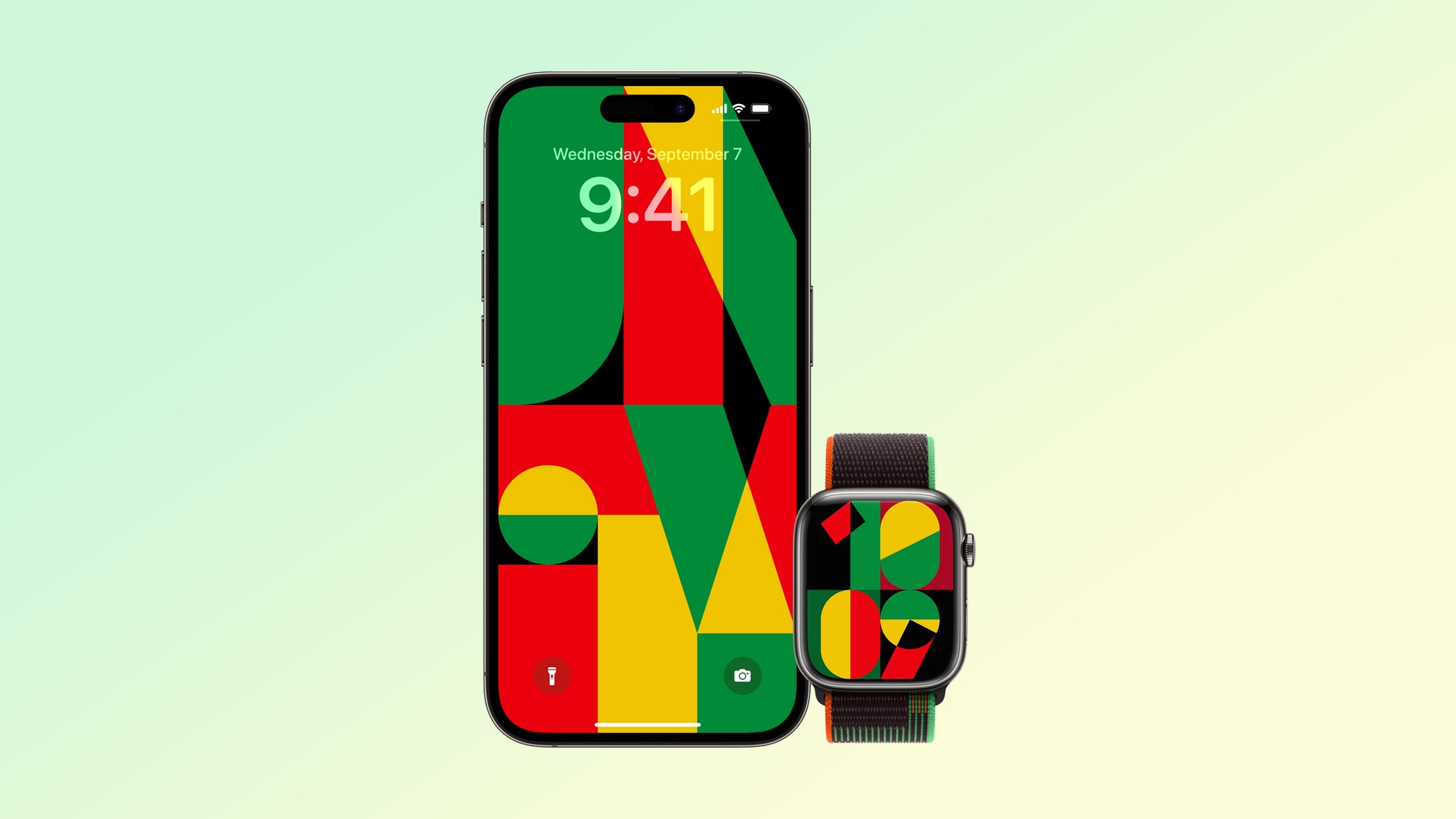 Both the Unity 2023 watch face and Unity iPhone wallpaper will require iOS 16.3. And in the fine print of Apple’s Black History Month announcement from yesterday (January 18), the company says the watch face and wall paper “will be available next week.” That would seemingly imply the iOS update is coming too.

Another sign that iOS 16.3 is on its way: a beta of the release candidate became available to developers this week. Usually, that means a full release isn’t that far off.

If you’ve been following the iOS 16.3 beta process, you know that there’s not a whole lot of major features planned for this release. But Apple does have some additions set to go live once iOS 16.3 lands on your iPhone. Here’s what you can expect.

Users looking for an extra layer of security between ne’er-do-wells and their Apple ID data will be able to add security key authentication tanks to iOS 16.3.

Apple announced this (opens in new tab) at the same time it revealed the addition of Advanced Data Protection for iCloud, which arrived for U.S. iPhone owners in iOS 16.2. At the time, Apple said it was targeting an early 2023 launch for security key authentication, which tracks with the iOS 16.3 release. 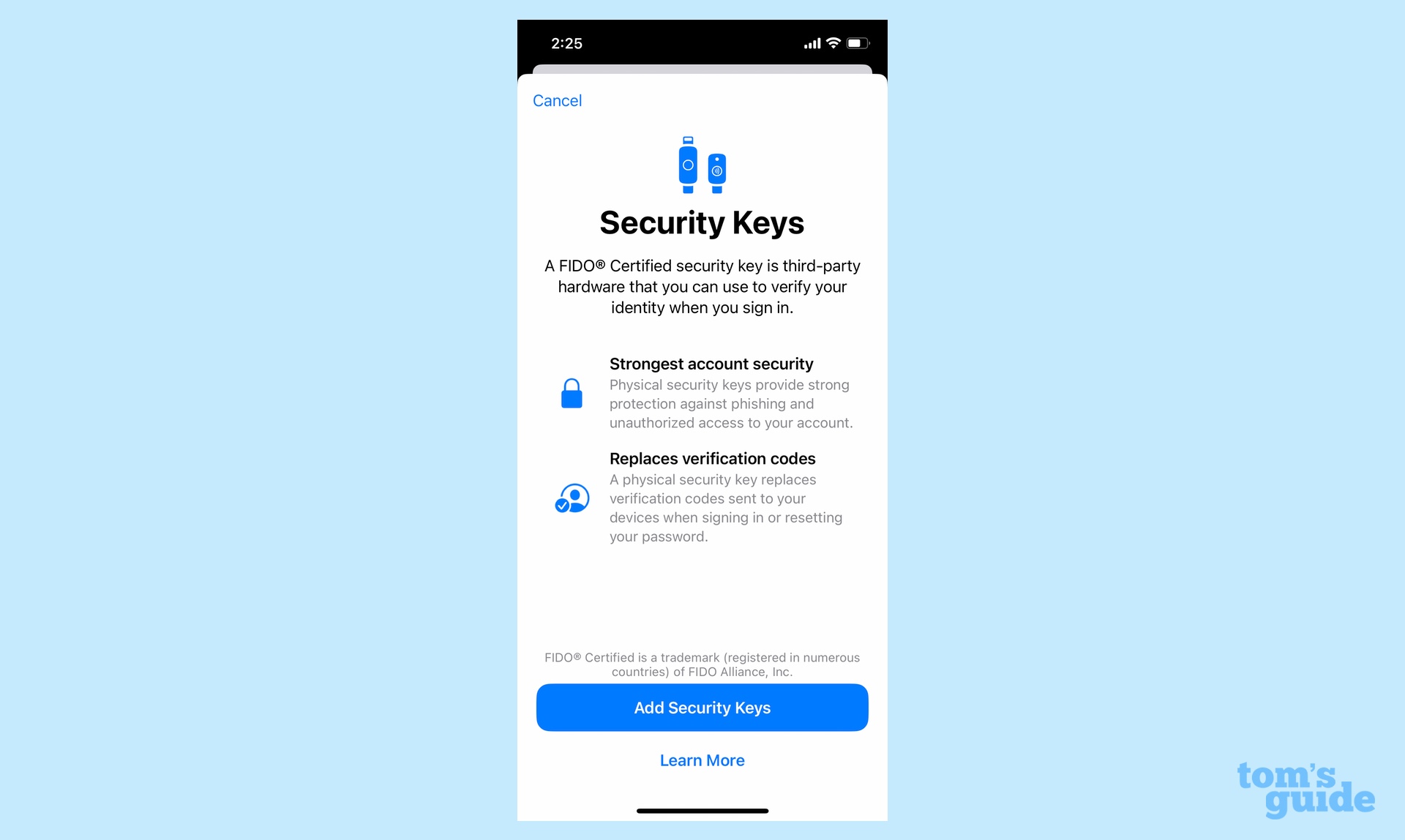 When this feature is enabled, you’ll need a physical security key as one of the two factors for signing into your Apple ID account.

There’s an enhancement to the Handoff feature that transfers control of music playback from an iPhone to a HomePod speaker, an especially timely addition given this week’s arrival of the Apple HomePod 2. While Handoff has existed for some time, iOS 16.3 introduces a new guide that more clearly shows HomePod owners how to use the Handoff capability. 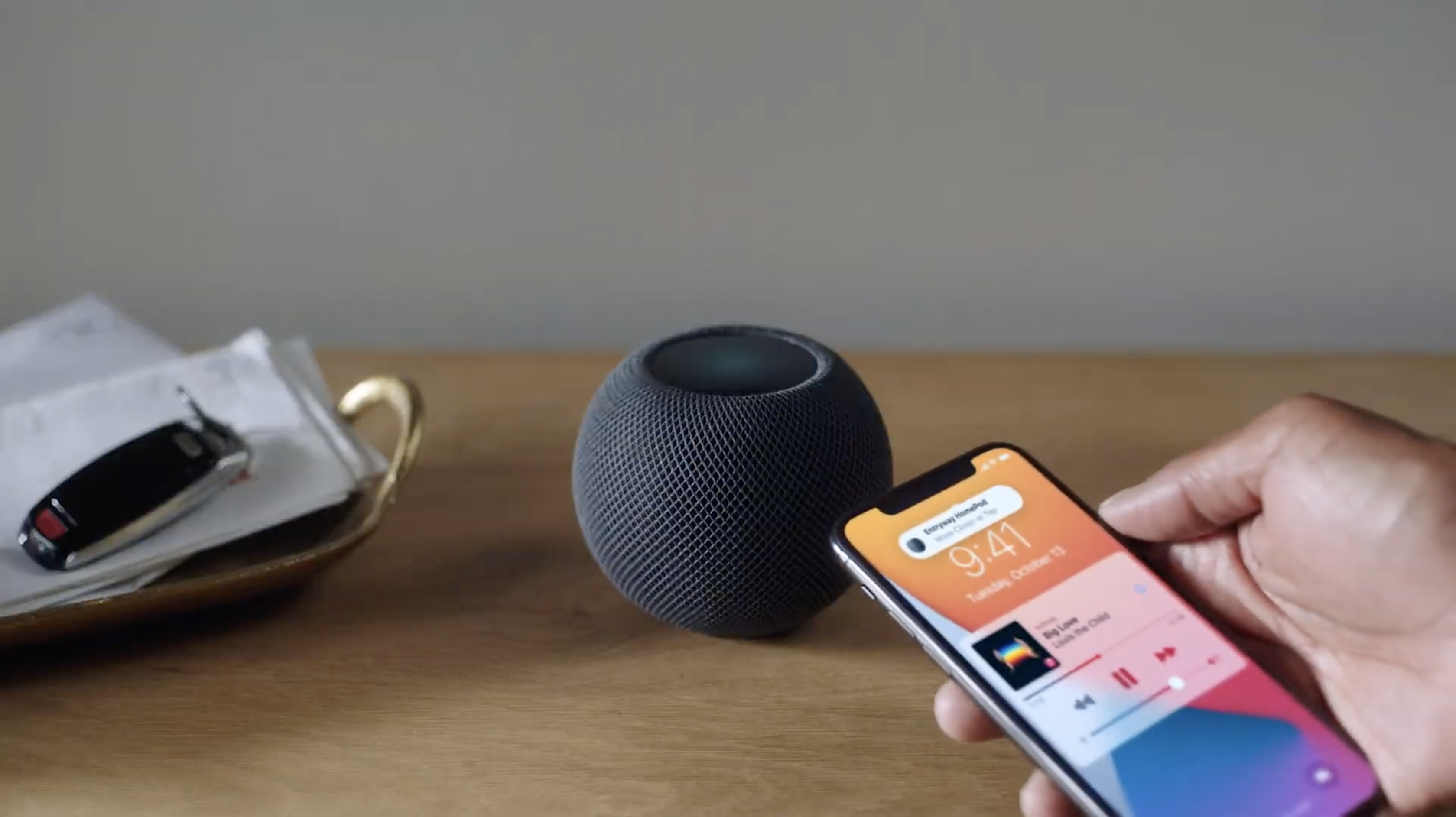 The guide tells you to bring your iPhone within range of the HomePod to view your playback controls or pass audio playing on your phone to the smart speaker. It also tells you to do this again if you want to see the controls or transfer the audio back again later.

iPhone 14 users already have access to Emergency SOS via satellite if they need help while in a remote location, but iOS 16.3 is adding two new ways to access it. 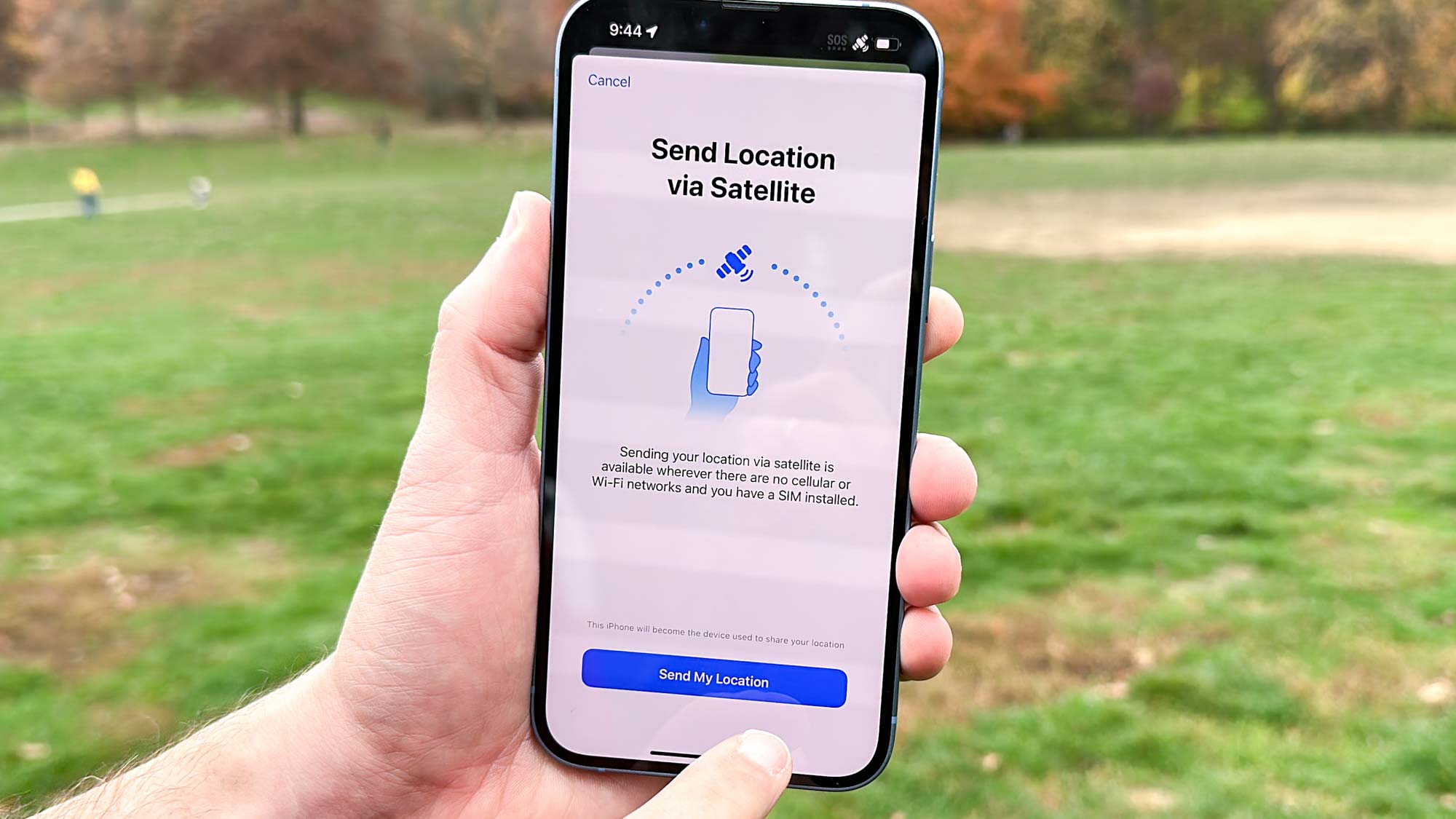 The other new option is Call Quietly. This lets you make an emergency call without setting off an alarm, in case that wouldn’t be useful or could endanger you further. 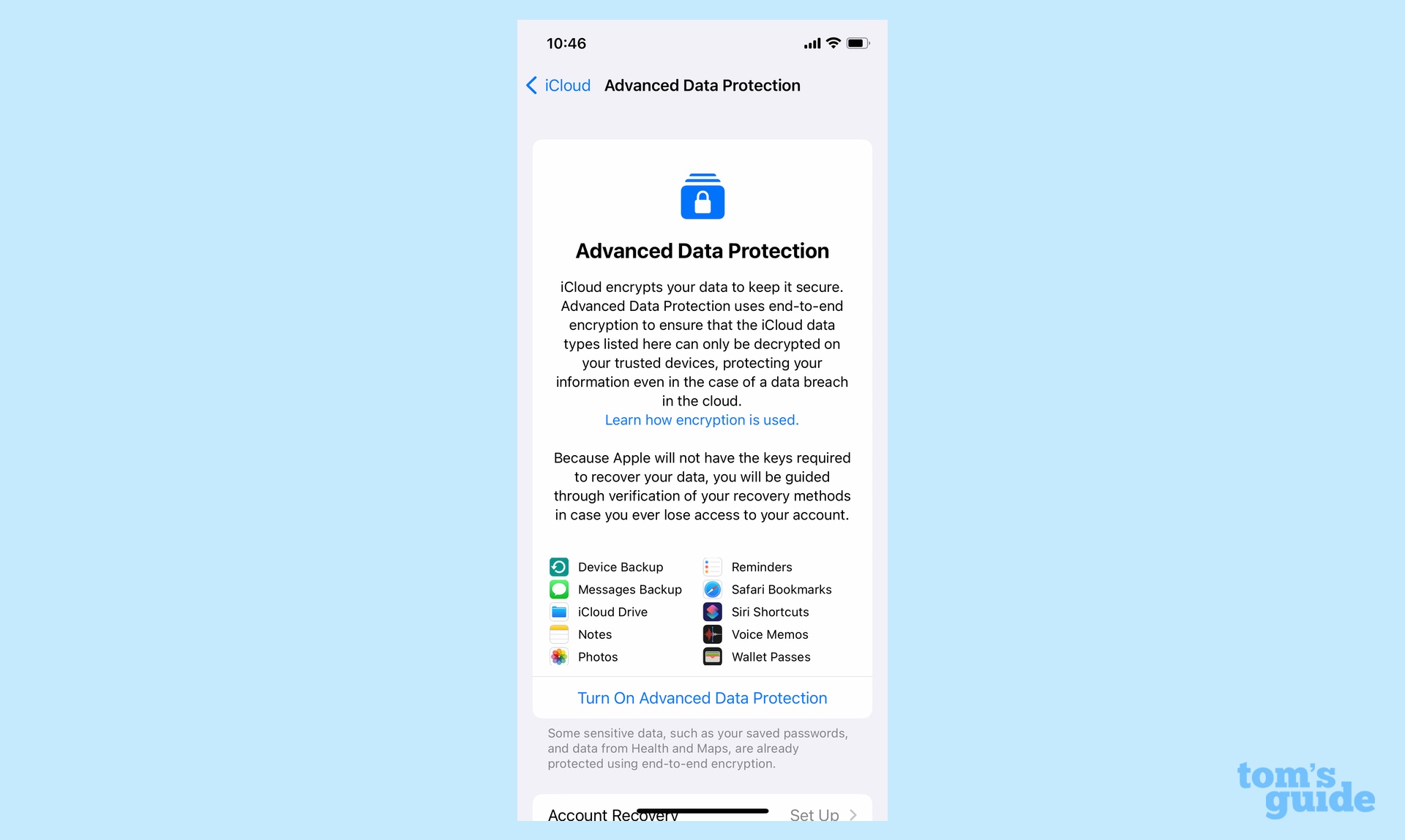 Apple had promised to bring Global Advanced Data Protection to other parts of the world with a future iOS update, and based on comments from people who’ve been using the iOS 16.3 beta (opens in new tab), that time has come. As before, to enable Advanced Data Protection, launch Settings, tap on your name, followed by iCloud. From there, you can turn on the security feature.

iOS 16.3 release notes detail several fixes coming via this software update. The biggest one involves a bug where horizontal lines would appear on some iPhone 14 Pro Max models as the phones were waking up. Additionally, iOS 16.3 fixes assorted issues involving Siri, Car Play and the iPhone lock screen.

iOS 16.2 included a new architecture for Apple’s Home app, but just as quickly as that feature arrived, Apple pulled it from the iPhone software. Users complained of some HomeKit‌ devices becoming stuck in an “updating” or “configuring” status, while other devices were missing entirely from the Home app, among other bugs. The new architecture returns in iOS 16.3, presumably now that Apple’s ironed out those issue.

Even though iOS 16 has been around since the fall of 2022, not all the features Apple has promised are live yet. We’re still waiting on the launch of a dedicated Apple Music Classical app, though there are reports that the iOS 16.3 release candidate contains code (opens in new tab) hinting at such a service.

Apple Pay Later, which lets you break up payments through Apple Pay into four installments, has yet to launch as well. Perhaps that will be a part of iOS 16.4, which will likely appear in beta form not long after iOS 16.3’s release.