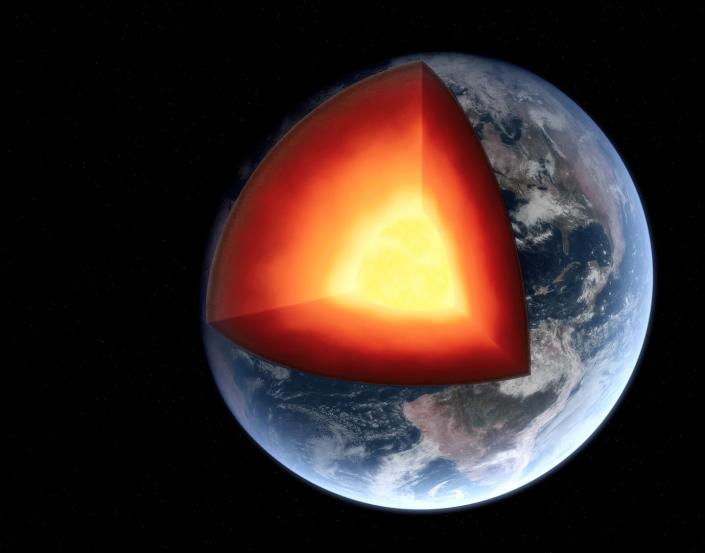 Curious Kids is a series for children of all ages. If you have a question you’d like an expert to answer, send it to curiouskidsus@theconversation.com.

How does the inside of the Earth stay boiling hot for billions of years? Henry, age 11, Somerville, Massachusetts

Our Earth is structured sort of like an onion – it’s one layer after another.

Starting from the top down, there’s the crust, which includes the surface you walk on; then farther down, the mantle, mostly solid rock; then even deeper, the outer core, made of liquid iron; and finally, the inner core, made of solid iron, and with a radius that’s 70% the size of the Moon’s. The deeper you dive, the hotter it gets – parts of the core are as hot as the surface of the Sun. 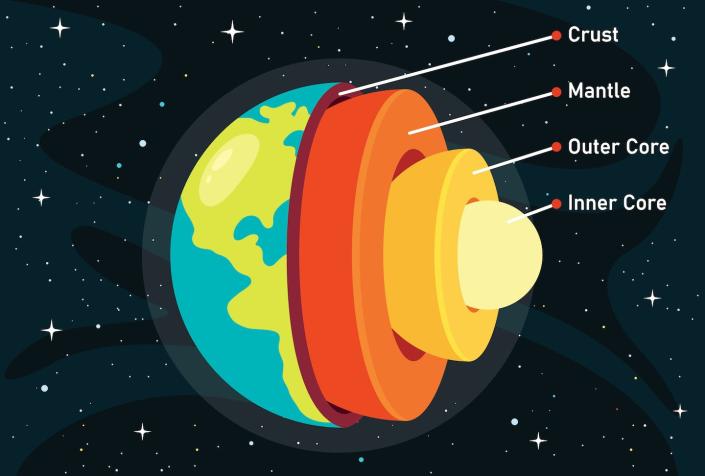 Journey to the center of the Earth

As a professor of earth and planetary sciences, I study the insides of our world. Just as a doctor can use a technique called sonography to make pictures of the structures inside your body with ultrasound waves, scientists use a similar technique to image the Earth’s internal structures. But instead of ultrasound, geoscientists use seismic waves – sound waves produced by earthquakes.

At the Earth’s surface, you see dirt, sand, grass and pavement, of course. Seismic vibrations reveal what’s below that: rocks, large and small. This is all part of the crust, which may go down as far as 20 miles (30 kilometers); it floats on top of the layer called the mantle.

The upper part of the mantle typically moves together with the crust. Together, they are called the lithosphere, which is about 60 miles (100 kilometers) thick on average, although it can be thicker at some locations.

The lithosphere is divided into several large blocks called plates. For example, the Pacific plate is beneath the whole Pacific Ocean, and the North American plate covers most of North America. Plates are kind of like puzzle pieces that fit roughly together and cover the surface of the Earth.

The plates are not static; instead, they move. Sometimes it’s the tiniest fraction of inches over a period of years. Other times, there’s more movement, and it’s more sudden. This sort of movement is what triggers earthquakes and volcanic eruptions.

What’s more, plate movement is a critical, and probably essential, factor driving the evolution of life on Earth, because the moving plates change the environment and force life to adapt to new conditions.

The heat is on

Plate motion requires a hot mantle. And indeed, as you go deeper into the Earth, the temperature increases.

Then, at the boundary between outer and inner cores, the temperature doubles, to nearly 10,800 F (over 6,000 C). That’s the part that’s as hot as the surface of the Sun. At that temperature, virtually everything – metals, diamonds, human beings – vaporizes into gas. But because the core is at such high pressure deep within the planet, the iron it’s made up of remains liquid or solid.

Where does all that heat come from?

It is not from the Sun. While it warms us and all the plants and animals on Earth’s surface, sunlight can’t penetrate through miles of the planet’s interior.

Instead, there are two sources. One is the heat that Earth inherited during its formation 4.5 billion years ago. The Earth was made from the solar nebula, a gigantic gaseous cloud, amid endless collisions and mergings between bits of rock and debris called planetesimals. This process took tens of millions of years.

An enormous amount of heat was produced during those collisions, enough to melt the whole Earth. Although some of that heat was lost in space, the rest of it was locked away inside the Earth, where much of it remains even today.

The other heat source: the decay of radioactive isotopes, distributed everywhere in the Earth.

To understand this, first imagine an element as a family with isotopes as its members. Every atom of a given element has the same number of protons, but different isotope cousins have varying numbers of neutrons.

Some of those names may sound familiar to you. Uranium-235, for example, is used as a fuel in nuclear power plants. Earth is in no danger of running out of these sources of heat: Although most of the original uranium-235 and potassium-40 are gone, there’s enough thorium-232 and uranium-238 to last for billions more years.

Along with the hot core and mantle, these energy-releasing isotopes provide the heat to drive the motion of the plates.

No heat, no plate movement, no life

Even now, the moving plates keep changing the surface of the Earth, constantly making new lands and new oceans over millions and billions of years. The plates also affect the atmosphere over similarly lengthy time scales.

But without the Earth’s internal heat, the plates would not have been moving. The Earth would have cooled down. Our world would likely have been uninhabitable. You wouldn’t be here.

Think about that, the next time you feel the Earth under your feet.

Hello, curious kids! Do you have a question you’d like an expert to answer? Ask an adult to send your question to CuriousKidsUS@theconversation.com. Please tell us your name, age and the city where you live.

This article is republished from The Conversation, an independent nonprofit news site dedicated to sharing ideas from academic experts. The Conversation has a variety of fascinating free newsletters.

It was written by: Shichun Huang, University of Tennessee.

Shichun Huang does not work for, consult, own shares in or receive funding from any company or organization that would benefit from this article, and has disclosed no relevant affiliations beyond their academic appointment.

As egg prices soar, some Michiganders decide to raise their own chickens

Spotify to Cut 6% of Workforce in Latest Tech Layoffs