HGTV star Christina Hall has revealed she has lead and mercury poisoning.

She announced the news on her Instagram stories Thursday.

The “Flip or Flop” host told followers last week that she was experiencing illness, and was worried it was caused by her breast implants. She wrote on Instagram that she’s had “some unexplained health stuff for years.”

But now, she’s thinking her sickness could be from flipping houses.

“My scan said I have mercury and lead poisoning,” Hall wrote on her Instagram Story. “Most likely from all the gross houses I’ve been in (the bad flips) and I have small intestine bacteria overgrowth. So we are first detoxing all of this through herbs and IVs and then see how I feel and tackle the implants.” 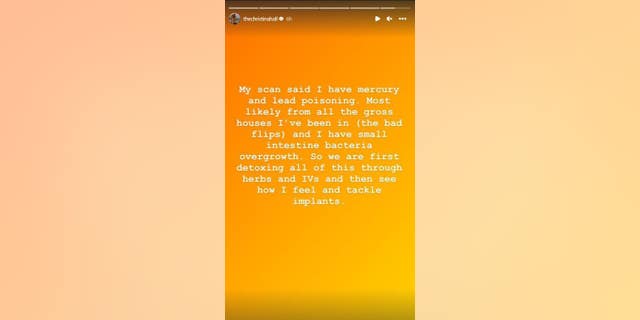 Lead poisoning occurs when lead builds up in the body, often over months or years, according to the Mayo Clinic. Even small amounts of lead can cause serious health problems. Lead-based paint and lead-contaminated dust in older buildings are common sources of lead poisoning.

Mercury poisoning is when a person is exposed to too much mercury, which can be found in the environment or food.

Hyperbaric oxygen therapy can disable the toxins of certain bacteria and can help to strengthen the body’s immune system. 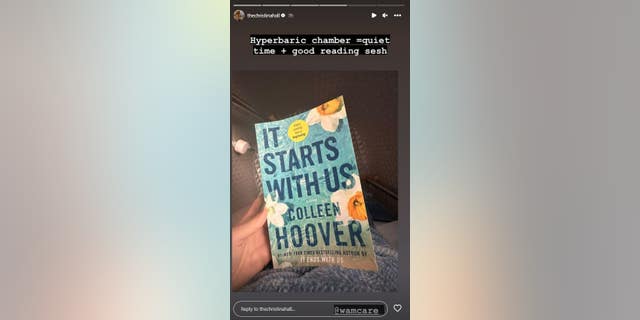 Christina Hall reading a book in a hyperbaric chamber after revealing she has lead and mercury poisoning.
(Christina Hall Instagram)

Hall has been open about her health issues in the past, revealing to People Magazine that she underwent an endoscopy that treated the “extreme stomach pain” she’s suffered on and off since 2016.

She told the outlet she was focusing on eating healthy and staying active, while also advocating for people to trust their own “health instincts.” 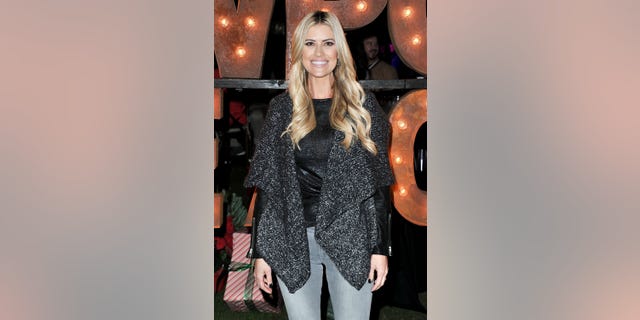 Earlier this month, the 39-year-old told her followers on social media that she tested positive for ANA (antinuclear antibodies) and explained she was gluten-free and mostly dairy-free. She also wrote that she had previously dissolved her eye filler due to an inflammatory reaction.

She ended the post writing, “For now just working on detoxing and positive mind set,” with a red heart emoji. 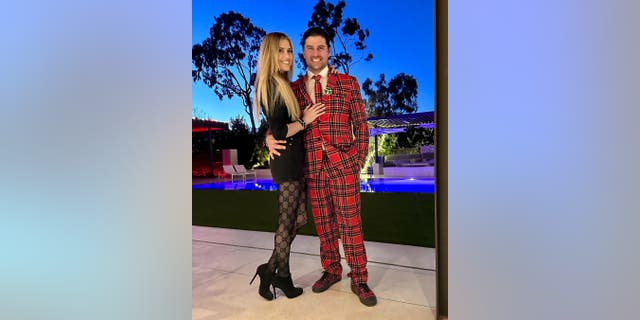 Christina Hall and Joshua Hall were married in April 2022.

The “Christina on the Coast” star isn’t letting her health issues get in the way of some holiday fun. She shared a photo of herself and husband, Joshua Hall, Christmas shopping with her three-year-old son Hudson.

Hall recently settled her custody battle with ex-husband Ant Anstead over Hudson. The pair will “continue to have joint legal and joint physical custody” over Hudson, as previously agreed upon on June 2021, according to November court records obtained by People. 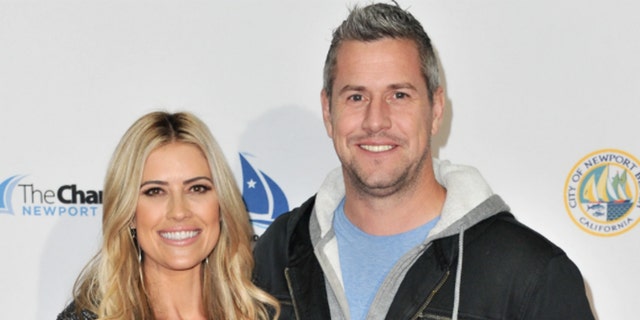 Hall is also mom to Taylor, 12, and Brayden, 7, from her first marriage to Tarek El Moussa. 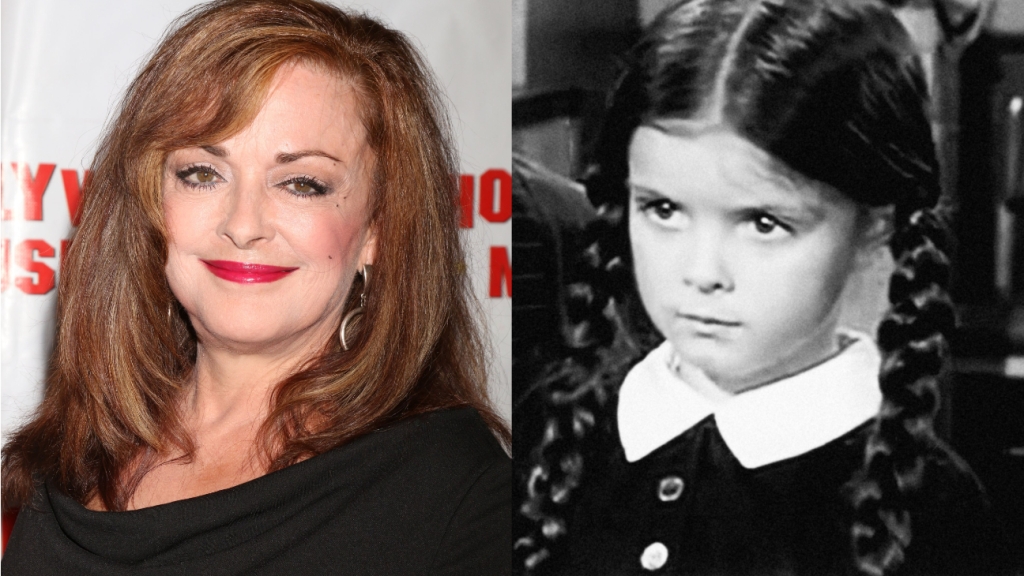 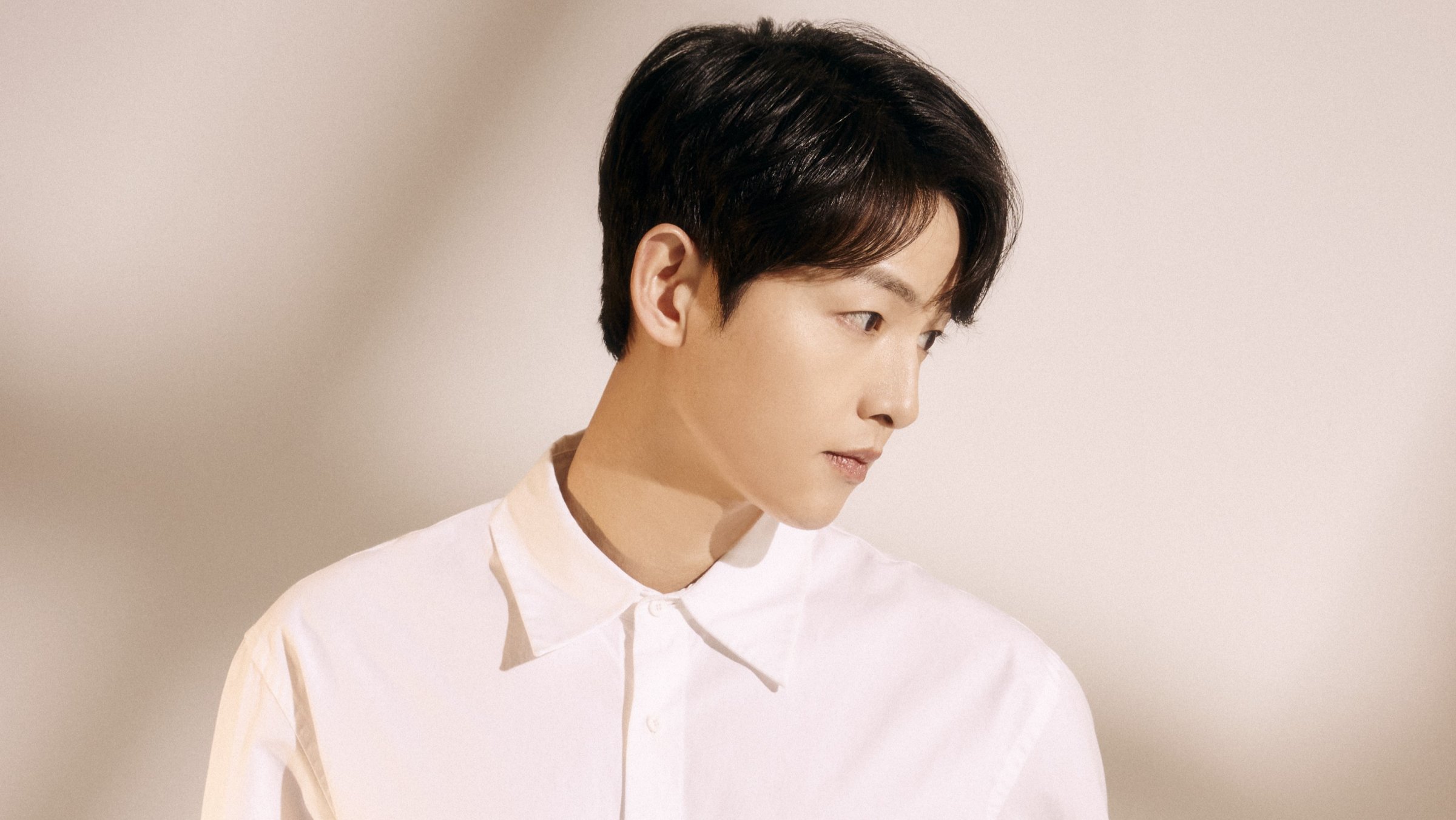