It will not surprise anybody that the centerpiece of Cat Person — an adaptation of the viral New Yorker short story by Kristen Roupenian, the literary lit-fuse that launched a million response articles and the sun’s-surface–hot ticket at Sundance — is a sex scene. It is as inevitable as the fact that it will be a “bad sex” scene, regardless of whether it is a badly-made sex scene or not. The only question is to the level of awfulness you will witness when the two people at the center of this swirling vortex will hook up, and whether it will make its counterpart on the page seem comparatively tame. (The other, more pressing question at hand is: How the hell do you adapt Cat Person into a movie at all? But let’s not get ahead of ourselves.)

By this point, we’ve followed the evolution of the relationship between Margot (CODA’s Emilia Jones), a 20-year-old college sophomore, and Robert (Succession’s Nicholas Braun), a 33-year-old man. We’ve seen them meet at her job, at a concession stand at the local arthouse theater. You know, the kind that has a lot of revival programming and trailers about vintage monster movies featuring “a young woman, in peril!!!” Awkward flirting has led to daily text exchanges and inside jokes, as well as a late-night mission to provide Margot sustenance in the form of Fruity Pebbles, the sort of gesture that falls somewhere between suspicious and sweet. They finally go on a proper date, which involves seeing The Empire Strikes Back — one of his all-time favorites; never mind that she finds Star Wars movies boring — at the same theater where she works. Several beers and one extremely horrible first kiss later, they are back at Robert’s place.

He pours Margot some whiskey, but doesn’t give her the chance to drink it. When they get to his bedroom, he puts on Depeche Mode’s “Enjoy the Silence.” (“Can’t you understand?/Oh, my little girl.”) Robert alternates between aggressively undressing Margot and fumbling himself out of his clothes. In the story, she imagines looking back on this worst-date-ever moment with a future boyfriend and them laughing about it; this time, thanks to one of the more brilliant additions that screenwriter Michelle Ashford and director Susanna Fogel bring to the table, Margot is having an ongoing conversation with herself as its happening. Abort mission, says the Margot coolly leaning against the wall. I can’t, it’s too late, answers the Margot trapped between the man grinding away on top of her. I might hurt his feelings. Well, let’s just get this over with, they both reluctantly agree.

What follows is a scene of such intense awkwardness and nuclear-grade cringeworthiness that you may want to avoid attempting coitus ever again. Playing out in real time, it’s a symphony of sexual faux pas, male obliviousness, contradictory statements and views on consent (apparently “let’s take it slow” translates to manually stimulating yourself with someone else’s hand without asking permission) and barked porno-scenario recreations. It ends with Margot having an out-of-body experience, looking down on herself as Robert, in full oil-derrick mode, treats her like a prop. When he’s finished, he whispers “Good girl.” It’s the inverse of physical intimacy. More like pure, bad-sex nightmare fodder.

This screen version of Cat Person’s second most toxic moment on the page feels designed to nauseate, as well as spark at least a tiny ember of reflection in viewers: Does any of this seem familiar? Has some iteration of this ever happened to you? The idea being that many female viewers and, likely, a handful of self-aware male viewers, will recoil in recognition. And as in Roupenian’s story, this encounter will lead to Robert sending touchy-feely dolphin emojis, Margot’s bestie Tamara (Geraldine Viswanathan) writing a blunt kiss-off on her friend’s phone, and that series of texts that gradually descend into misogyny, dude-bro rage and a one-word dismissal that speaks Freudian volumes: “Whore.”

Fogel stages this in the now-de rigueur manner of having texts appear onscreen as they pop up, each incoming ding doubling as a warning klaxon. It doesn’t make the escalating sense of dread any less potent. The camera slowly moves toward the two young women as Robert’s spiraling missives pile up, one after the other. Tamar’s reactions grow more OMG. Margot’s face remains a mask of emotional numbness.

This is where the New Yorker version ends, and like many great short stories — “A Tree, a Rock, a Cloud,” “The Battler,” “The Lottery” — it’s the compactness and connect-the-dots aspects that give Roupenian’s Cat Person such depth-charge power. That final series of blows shows up a little past the halfway point in Cat Person the movie, however, and gets at the bigger problem that plagues this whole endeavor: how to flesh this out into a three-act narrative that works as a two-hour feature film. As Fogel and Ashford told the Hollywood Reporter a few days before their glitzy Sundance premiere on Saturday night, they decided to turn this into a Get Out-style, social-commentary horror flick. It’s the sort of Eureka! choice that feels wise until you see the end result, at which point you may find yourself going: Um, really? 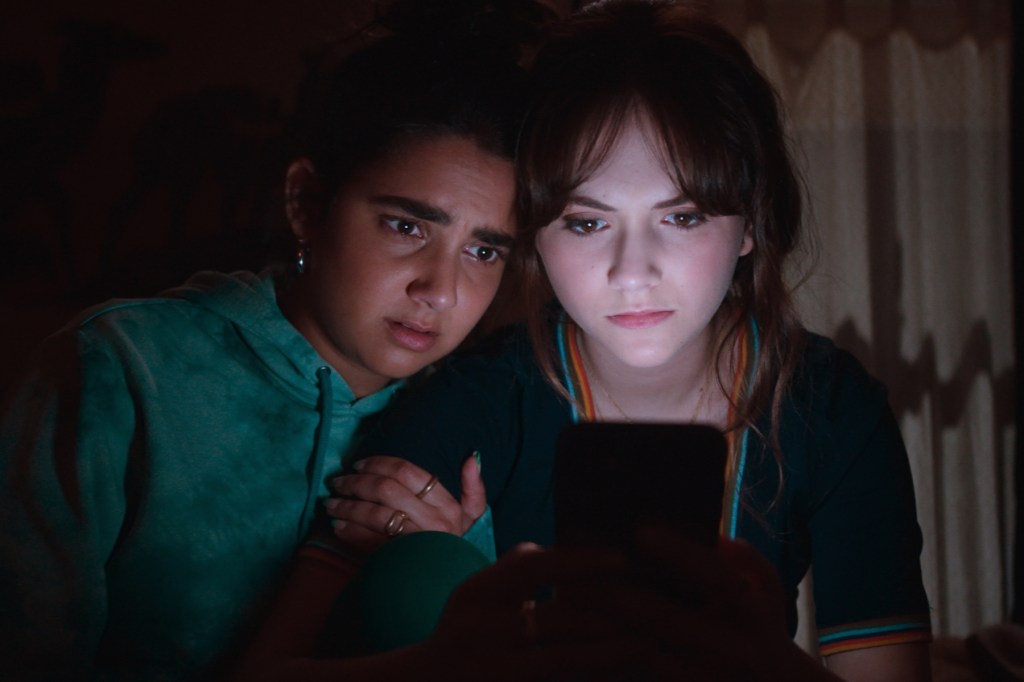 It’s not that Cat Person can’t be a horror story — it opens with Margaret Atwood’s quote about men fearing humiliation and women fearing being murdered by men, and the movie taps into the inherent dread someone would feel in a potentially dangerous situation. Like, say, dealing with an unstable dude-bro. (Braun’s height and Cousin-Greg discomfort in his own skin is weaponized here.) The addition of scary music playing over innocuous scenes from a date that already feels dodgy-as-fuck fits. Ditto something as simple as Jones walking down a dark street late at night; any number of women will tell you that’s an IRL source of anxiety worthy of a John Carpenter score.

But once the movie commits to that notion, Cat Person starts bumping up against its genre’s conventions and limitations in the worst possible way. There’s already been a lot of padding stuffed in to get this to feature length: Isabella Rosselini lecturing on queen ants, Hope Davis turning Margot’s mom into a needy narcissist, some extra business about campus politics and a production of Sondheim’s Into the Woods (in which Prince Charming is problematic), imagined therapy sessions, Viswanathan’s character feuding with someone on her Reddit known as “The Vagenda.” Not to mention incidents that get a passing mentions in the story being dramatized into full sequences.

By also trying to mold this material into a prefab horror template, however, Cat Person’s cup truly spilleth over. That’s why we get a climactic scene involving a fight, a fire, and Margot going from “Concession-Stand Girl” (Robert’s demeaning nickname for her) to final girl that couldn’t feel more forced. Worse, it seems to lean into the notion that much of the last-act brouhaha and feelings of compromised safety are actually her fault — a move that seems WTF at best. These elements should add context to the culture that’s produced these issues. Instead, it reduces everything to weak satirical tea and stock scary-movie beats. Toxic masculinity may be the beast within modern men, yet the attempt to give that a form in cinematic terms falls painfully flat.

What the movie does indict well, admittedly, are movies themselves. Robert’s favorite actor is Harrison Ford, and he mouths the dialogue of the Empire scene in which Han Solo banters with Leia before brusquely kissing her. When he sends Margot a postcoital montage of Ford’s greatest hits the next day, Tamara breaks down how scenes from Indiana Jones movies and Blade Runner sell the idea that women aren’t wooed so much as won over by sheer will. The sounds of a 1950s trailer playing in Margot’s theater, about the evil unleashed on damsels in distress, is not coincidental. Nor, we’re guessing, is the snippet of American Graffiti we see that normalizes a 12-year-old hanging with an older guy. Don’t get us started on the song-and-dance routine that Margot performs with her mom, for her stepdad: Marilyn Monroe’s carnally cooed “My Heart Belongs to Daddy” [shudder] from 1960’s Let’s Make Love. You can’t say that Cat Person is shy about taking the medium to task for selling a romantic ideal that’s more than a little curdled. If only it was this rigorous and incisive about the source material itself.

I tried lab-grown meat made from animals without killing them – is this the future of ethical eating? | Food