To say that Brooke Shields was objectified during her early years would be the understatement of the century. It is hard to fathom how any of it happened, or how anyone thought it was OK, through a contemporary lens — nude modeling at ten years old, branded “the world’s youngest sex symbol” at 12, appearing naked in a major Hollywood motion picture at 15. That she was able to gain any semblance of normalcy, let alone graduate Princeton and become a powerful voice for mothers everywhere, is extraordinary.

“You know, my professional life is such a life force inside me, because it’s the only thing I’ve ever known,” Shields says in a new documentary. “Sometimes I’m amazed that I survived any of it.”

In Pretty Baby: Brooke Shields, a two-part documentary premiering at the 2023 Sundance Film Festival and out later this year on Hulu, the former child star looks back on her commodification and coercion with clear eyes, finally allowed to control her own narrative.

Shields first began modeling as a baby, appearing in an Ivory Soap ad. As she grew older, though still a child, cultural forces began sexualizing her in disturbing ways — a response, cultural critics in the film suggest, to second-wave feminism. By the time she turned 11, Shields was cast as a child prostitute in Pretty Baby, directed by the late French filmmaker Louis Malle. One scene in the film has her character brought out on a literal platter and auctioned off to the highest bidder. In another, she kisses the actor Keith Carradine, a grown man.

“We had a first-kiss scene. I had never kissed anybody before,” Shields recalls in the film. “I felt, oh my god, I’m supposed to know how to do this, but I don’t know how to do this. Every time Keith [Carradine] tried to do the kiss, I would scrunch my face up. And Louis got upset with me.” 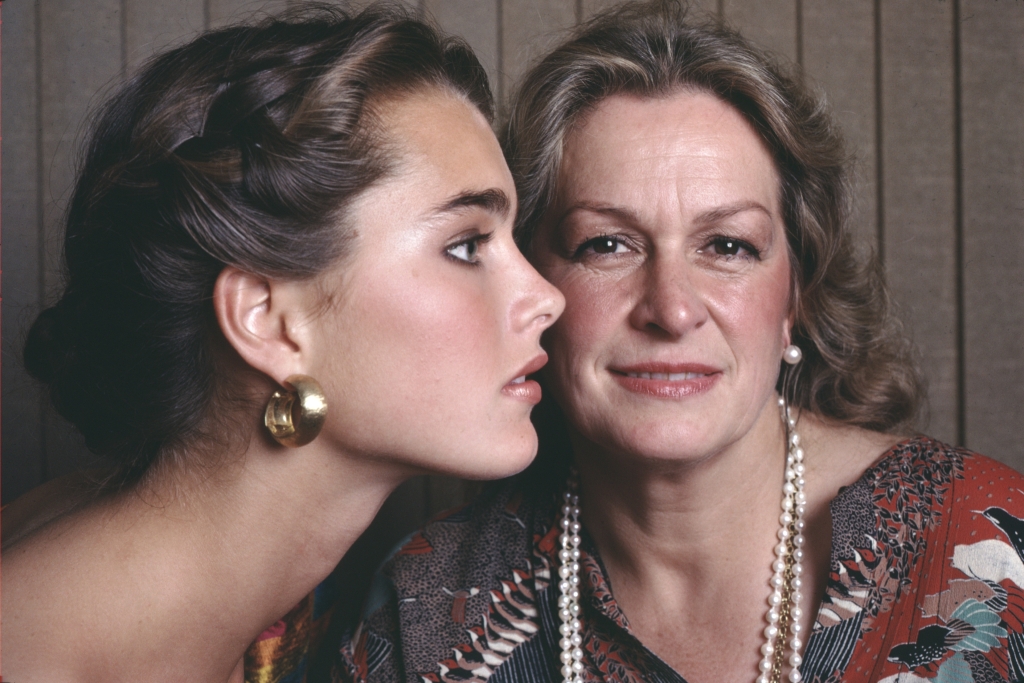 Brooke Shields and her mother and manager, Teri Shields, in 1981.

This was a common theme: men controlling a far-too-young Shields. At 15, she appeared nude in the film Blue Lagoon, a perverse fantasy film of sorts about two teenagers falling in love on a deserted island. Shields, who had not been sexual with a man at the time, describes it as a “reality show” where they “wanted to sell my actual sexual awakening.” That year she also shot Endless Love, helmed by the late Italian filmmaker Franco Zeffirelli, who became so frustrated with Shields during the movie’s sex scene for not giving him what he wanted that he began twisting her toe.

“Zeffirelli kept grabbing my toe and, like, twisting it so that I had a look of… I guess ecstasy? But it was more angst than anything, because he was hurting me,” she remembers.

Shields was guided by her mother Teri (her parents divorced when she was young), a bohemian “force of nature” from Newark, New Jersey, who battled a serious drinking problem throughout her life. Shields’ childhood friend, the actress Laura Linney, describes in the film how the two of them would hide in Shields’ bedroom as kids while Teri was drunk and out of control.

“I didn’t revel in that success in the ‘80s. I didn’t think, ‘Oh, I’ve made it.’ All of those things that were sort of associated with being these ‘sexy’ personas just didn’t feel like who I really was,” Shields says. “I didn’t blame my mom, but I wish she had had a little more, ‘Oh, let’s see what this is going to mean. And would this come back to bite us?’”

Director Lana Wilson (Miss Americana) chronicles Shields’ entire journey over the course of the film’s 136 minutes, from her highly-publicized relationship with Michael Jackson (“It was very childlike… we were just friends”) through to sitcom success with Suddenly Susan and serving as a public advocate for mothers suffering from postpartum depression, much to the chagrin of a certain high-ranking Scientologist.

One of the most horrifying parts of the doc concerns an episode involving photographer Gary Gross — a fitting name if there ever was one. When Shields was ten years old, Gross, who was considered a family friend, had taken nude photographs of her in a bathtub that were published in a book by Rizzoli. By the time she turned 16, and had become a global superstar, Gross attempted to sell the photos. So, Shields and her mother sued him in New York court.

Shields, who again was only 16 at the time, was cross-examined on the stand for two days and reduced to tears. At one point, Gross’s attorney even asked her, “You’re having a good time posing in the nude at that time, were you not?” (She was 10.) To make matters worse, the court sided with Gross, maintaining he owned these nude images of a child and had the right to do with them as he saw fit.

“I was hurt more by the breach of trust and friendship than I ever was uncomfortable about the nature of the photo,” offers Shields. “It was the way I was treated by the men associated with the whole thing. It was as low-rent, low-class — there was zero integrity in it, and to me that was so angering and hurtful. I mean, the entirety of my life, over and over and over and over again, it was, ‘She’s a pretty face.’ ‘She’s a sex symbol.’ And that always just seared me because the nerdy kind of dorky person who was creative and intelligent was at the core of who I was.” 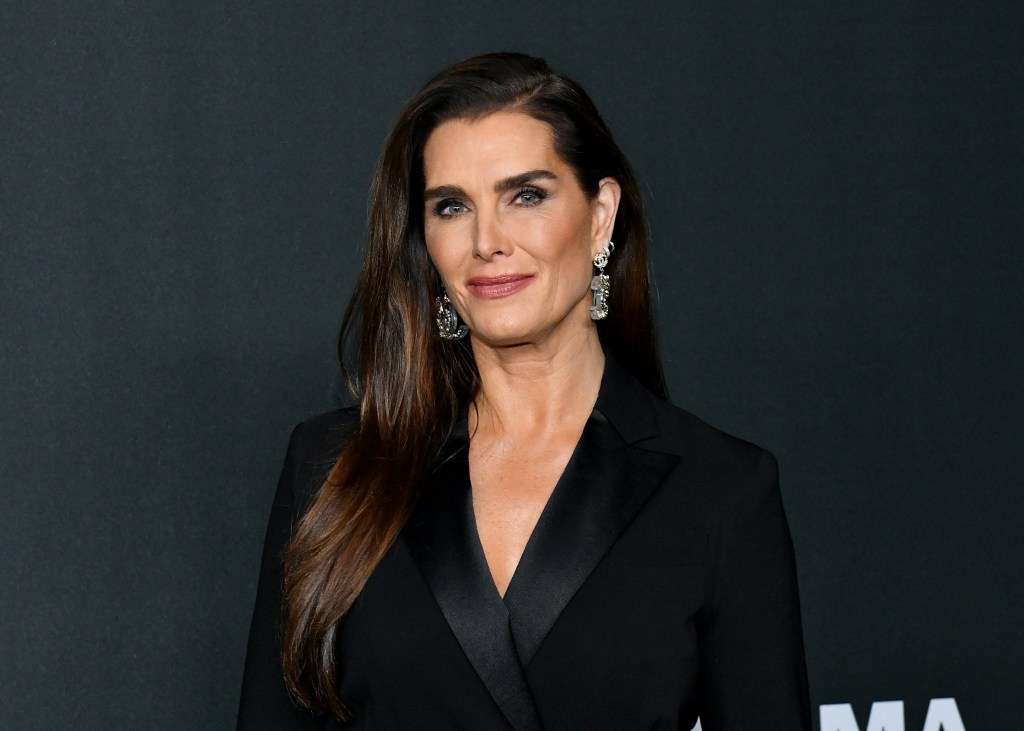 By the time she’d graduated high school, Shields had wrestled back some control of her life. She went to Princeton (where she graduated), wrote books and became a spokesperson for teen girls.

“It didn’t really occur to me to have my own opinions for a long time. I thought, just listen to everybody and take what they say,” says Shields. “I spent my life owing people things and doing whatever they wanted. Finally, I asked myself: Who will I be if I don’t allow that anymore?”

After graduation, however, she found that the movie roles had dried up. She says she was “vulnerable,” and around this time, was sexually assaulted by an unnamed movie producer under the guise of a meeting for a part. It’s a story she’s never shared publicly before.

“I just absolutely froze,” she shares. “My one ‘no’ should have been enough. And I just thought, ‘Stay alive, and get out.’ And I just shut it out. And god knows I knew how to be disassociated from my body. I’d practiced that.”

She continues, “I wanted to erase the whole thing from my mind and body, and just keep on the path I was on. And the system had never once come to help me, you know? So, I just had to get stronger on my own.”

And she did. Shields discovered that she had a knack for comedy, first with a guest appearance on Friends as Joey’s stalker-girlfriend, and then with her own hit NBC sitcom Suddenly Susan, which ran for four seasons. She fell in and out of love with tennis player Andre Agassi, who proved to be jealous and controlling, and then found true happiness with comedy writer Chris Henchy, whom she married in 2001.

Following the birth of their child, Shields became the public face of postpartum depression, penning a book and going on talk shows to discuss it, thereby giving voice to mothers across the world who’d experienced similar issues. Shields even helped get The Mothers Act passed — an important piece of legislation that devoted additional resources to help mothers with postpartum depression. Hers is, overall, a remarkable story of resilience.