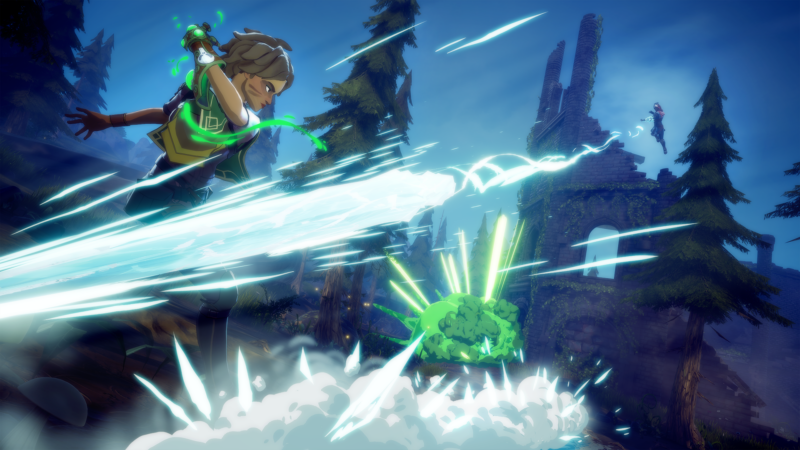 Last month, workers at Spellbreak studio Proletariat became the third group within Activision Blizzard to form a union. Today, though, the Communication Workers of America is pulling back on its push for a National Labor Relations Board (NLRB) election that could have forced parent company Activision Blizzard to recognize that union. In doing so, the CWA cites actions by Proletariat CEO Seth Sivak that have made “a free and fair election impossible.”

In a statement provided to Ars Technica, a CWA spokesperson said Sivak “chose to follow Activision Blizzard’s lead and responded to the workers’ desire to form a union with confrontational tactics.” Those tactics include “a series of meetings that demoralized and disempowered the group,” according to the CWA.

Proletariat Software Engineer Dustin Yost said in an accompanying statement that those management meetings “took their toll” on the group by “fram[ing] the conversation as a personal betrayal, instead [of] respecting our right to join together to protect ourselves and have a seat at the table…”

Proletariat said last month that an “overwhelming majority” of workers at the studio signed cards in support of a union. But Activision Blizzard declined to voluntarily recognize the union, leading the CWA to push for an NLRB election to force the issue in the weeks before today’s turnaround.

Under NLRB rules, it is illegal for an employer to “interfere with, restrain, or coerce employees” who are trying to unionize. But despite the talk of management’s “confrontational tactics” here, the CWA has not announced that it has filed any unfair labor practice complaints with the NLRB over this kind of violation.

Too far too fast?

Unlike those studios, however, Proletariat was pushing for a union that represented all non-management employees, not just those in the quality-assurance department. That has seemingly led to reports of internal strife over the speed and breadth of the union-organizing effort at the Boston-based studio.

In response to a request for comment, Activision Blizzard VP of Media Relations Joe Christinat said that the company “welcomed the opportunity for each employee to safely express their preferences through a confidential vote. Our team at Proletariat does extraordinary work every day. They remain focused on working with their teams to continue to make Proletariat a place where all can grow, thrive, and be part of an amazing team and culture.”

“The Proletariat CEO was responding to concerns from employees who felt pressured or intimidated by CWA and wanted more information about what joining a union could mean,” he said. “He was defending his employees’ right to express their true preferences in a private vote, so they couldn’t be targeted for their perspectives—like he himself is being targeted by the CWA right now in public statements.”]

In a statement distributed to the press earlier this month, a Blizzard spokesperson said that “some employees said they felt pressured to sign union cards, were inadequately informed about what they were signing and what it meant when they signed… We want to ensure that all employees can make their voices heard, as this is their decision.”

After launching the clever magic-based battle royale game Spellbreak in 2020, Proletariat was purchased by Activision Blizzard last June and transitioned to making content for World of Warcraft.

Earth's inner core may have stopped turning and could go into reverse, study suggests